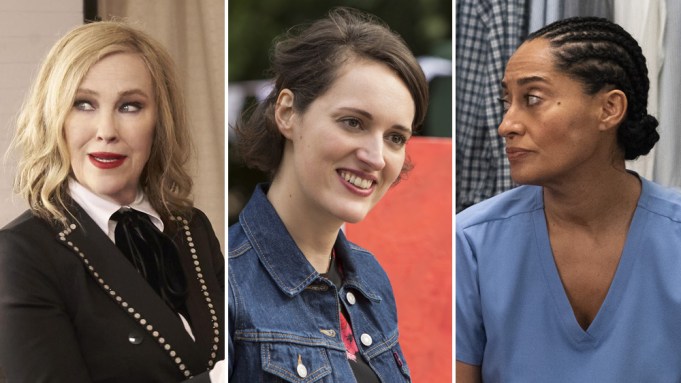 Landmark series such as HBO’s “Game of Thrones” and “Veep” came to an end earlier this year, marking the last time the respective drama and comedy awards magnets would be eligible at the Emmys. While it seemed inevitable that those would score a number of noms on the 71st annual ballot, there were a lot of other spaces left up for grabs as previous heavy-hitters such as HBO’s “Westworld,” Hulu’s “The Handmaid’s Tale” and Netflix’s “Stranger Things” sat out this year’s race.

With a record number of series and performers competing, as scripted programs alone ballooned to more than 500 shows this year, the Television Academy’s voting members had a tall order in selecting what they thought was the cream of the crop. See the full list of nominations.

Here, Variety breaks down the snubs and surprises of the 71st Primetime Emmy Awards nominations.

SNUB: Julia Roberts
With her big-screen star power, coming to television in her first leading role with “Homecoming” seemed a shoo-in for accolades. Although the Hollywood Foreign Press Association honored her with Golden Globe nom earlier this year, the Television Academy did not follow suit.

SURPRISE: “Schitt’s Creek” sweep
The Canadian import that airs on smaller network Pop TV saw its first-ever Emmy nominations this year, after debuting its fifth season. But not only did it score a comedy series nod, it also saw lead comedy performer nods for both Eugene Levy and Catherine O’Hara.

SNUB: Richard Madden
The titular star of “Bodyguard” won the Golden Globe in January but didn’t score a nom at the Emmys, despite the show itself cracking onto the drama series ballot.

SURPRISE: Jharrel Jerome
The young star of Ava DuVernay’s “When They See Us” pulled double duty, portraying Korey Wise at the teenage age he was when arrested for the brutal rape of Trisha Meili, as well as through the years as Korey literally grew up in prison before finally being exonerated in his late-20s. Jerome’s emotional performance stood out and earned critical acclaim, but he is not as well-known a name as the other men eligible in this category (see Anthony Hopkins, Benicio del Toro, Hugh Grant, to name a few).

SNUB: Maggie Siff
The supporting “Billions” player seemed to stand a real chance to break through this year, but she could not crack in in a category dominated by “Game of Thrones” cast members.

SURPRISE: “Fleabag”
Phoebe Waller-Bridge’s comedy is a favorite among critics, but even its biggest fans did not prognosticate it breaking into the comedy series race and lead actress (for Waller-Bridge) and scoring two supporting actress spots (for Sian Clifford and Olivia Colman), as well as two guest actress spots (for Kristin Scott Thomas and Fiona Shaw). Considering all of these noms, it also came as a surprise that Andrew Scott did not get attention.

SNUB: Pamela Adlon
The “Better Things” auteur saw noms for the last two consecutive years but didn’t make it onto the ballot this year, even after fully taking the reins of the show.

SURPRISE: “The Good Place”
Although Mike Schur’s philosophical afterlife comedy has continued to grow in buzz over the seasons, the only prior Emmy love it received was last year, for lead actor Ted Danson and guest actress Maya Rudolph (both saw noms, but neither won). In an increasingly crowded comedy landscape the fact that this longer-running show just cracked through now is certainly something to note.

SNUB: Rita Moreno
The EGOT winner was beloved as the matriarch of “One Day at a Time,” which got pushed more into the public eye this eligibility season when Netflix canceled the three season sitcom (Pop TV later picked it up). But unfortunately even that wasn’t enough to see her score a supporting comedy actress nom.

SURPRISE: Viola Davis
Although the actress was nominated three times prior for “How To Get Away With Murder” (she won once, in 2015), she did not see a nom last year and a return to the ballot was not expected, given the stiff competition.

SURPRISE: “Nailed It”
The Netflix baking failure series is a different take on a competition series. In a category dominated by long-running broadcast hits (and “RuPaul’s Drag Race”), this newcomer breaking onto the ballot surely turned more than a few heads this morning.

SNUB: Sarah Paulson
Since “American Horror Story” was pushed into the drama series race this year, Paulson, a perennial favorite didn’t quite make the cut.

SNUB: “The Masked Singer”
The ratings juggernaut for Fox made a splash with the public and was extremely visible during eligibility season, yet it couldn’t quite catch enough attention with Emmy voters and did not score a nom on the competition program ballot.

SNUB: “SNL” supporting players Usually the late-night NBC sketch series sees its costars competing against each other in the supporting comedy actor and actress races but this year only one managed to crack in: Kate McKinnon. Long-time favorites such as Kenan Thompson, Leslie Jones and Aidy Bryant lost out to newer players such as actors from “Fleabag” and “Barry.”