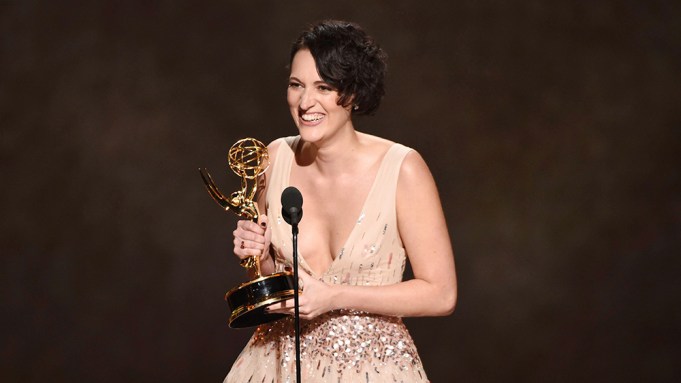 Phoebe Waller-Bridge is glad that her self-proclaimed “perviness” in “Fleabag” has connected with audiences. Waller-Bridge, creator and star of the hit Amazon series, had already won two Emmys Sunday night for outstanding writer and lead actress in a comedy series.

On the Emmys purple carpet, the Emmy winner said she had “really, really hoped” that “Fleabag” would find the success it has since premiering three years ago. “As long as you’re writing something you really believe in,” she said, “then you can just hope that you’re not crazy and everyone else connects with it as well. So it’s a real relief. It makes me feel like I’m not crazy, that people connect with it.”

Based on Waller-Bridge’s one-woman play of the same name, the nothing-is-off-limits comedy follows titular character Fleabag (Waller-Bridge) as she navigates life, love and tragedy in London, all while breaking down the fourth wall to offer the viewer comical asides.

The Emmy winner went on to comment on the “hot priest” memes that have circulated since the second season premiered this year, which sees Fleabag enter a taboo relationship with a a celibate priest, played by Andrew Scott. “I completely backed it up,” Waller-Bridge said. “I think it was a very accurate description of Andrew, but it was amazing. It was this wave of ‘for him and about him,’ but he’s an unbelievable charismatic man and actor, and there’s just something about Andrew.”