Continue to Variety SKIP AD
You will be redirected back to your article in seconds
Sep 20, 2019 9:00am PT 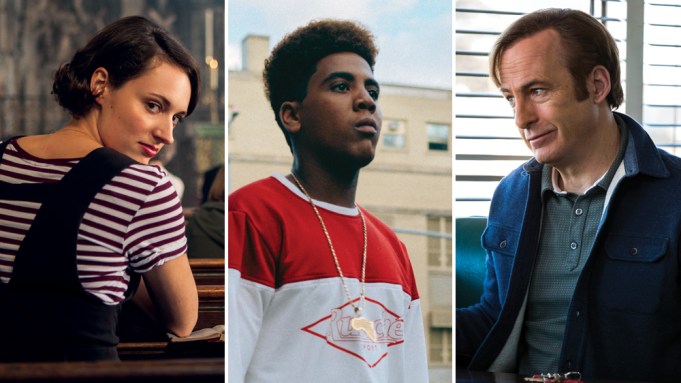 With only days to go before the 71st Annual Primetime Emmy Awards, the final voting have long since been cast and counted. But hopes still abound for favorite series and performers. Here, Variety’s television critics look at the leading races, who’s going into the final stretch with some real heat and what they hope will actually get rewarded come ceremony night.

Caroline Framke: The Emmys are so prone to repeat winners and playing favorites that it can often feel like the trophies get engraved the second the nominations are announced. This year feels a little different, though, in that there are many more newcomers and far fewer locks. Among this year’s major nominees, lead comedy actress Julia Louis-Dreyfus seems to be the surest thing for for the final season of “Veep.” There’s little denying the volcanic force of her performance, but if she weren’t in the race, I’d love to see someone like Natasha Lyonne (“Russian Doll”), Phoebe Waller-Bridge (“Fleabag”) or Catherine O’Hara (“Schitt’s Creek”) get their due.

What do you think, Dan? Is Louis-Dreyfus indeed the only lock, or am I willfully ignoring the probability of a “Game of Thrones” sweep in a weird year for drama?

Daniel D’Addario: History suggests that Louis-Dreyfus takes it — but I’d give the award to Waller-Bridge. Her achievement as the auteur of “Fleabag” is unique (and, toggling between playing to her fellow characters and playing to us at home, it helps that she really gave the best performance in the field).

As for “Game of Thrones,” it’s another past juggernaut, and its likely win feels apt in a shakier drama series field than usual. But a true sweep is hard to fathom. Peter Dinklage aside, the show’s never had great Emmy luck with its actors, which is too bad for Emilia Clarke, who should prevail for her final-season work. (So, too, should supporting star Maisie Williams.) The unpopularity of Daenerys’ dark turn overshadowed how well Clarke sold it. And Clarke, a personable and witty performer who didn’t get to show that side often on “Thrones,” would give a lovely speech.

Which brings us back to comedy. Perhaps we can hope Waller-Bridge, an experienced live performer who’d also give a great speech, might be the beneficiary of momentum elsewhere. Do you have room to hope she’ll win for writing “Fleabag” — or even for producing it in the comedy series category?

C.F. In a just world, absolutely yes. In reality, it’s harder to say. The second season of “Fleabag” is a genuine tour de force that more than proved Waller-Bridge’s writing and acting bona fides; from where I’m standing, it’d be embarrassing for the Emmys not to acknowledge either. And yet, while the “Fleabag” train has definitely picked up steam and the rest of the category is as fresh as it’s ever been, I fear that the two most expected comedy entries will come out on top anyway.

“Veep” and “The Marvelous Mrs. Maisel” both have tremendous creative teams and industry support, but neither of their nominated seasons were their best by a long shot. By contrast: “Fleabag” and “Barry” both justified their second seasons with astonishing grace, “The Good Place” and “Schitt’s Creek” got deserved and overdue recognition, and “Russian Doll” twisted a tricky concept into something so smart and powerful that it’s impossible to shake. Any one of them would make for a more exciting winner than “Veep” and “Maisel,” which for my money, represent the past of television more than its future.

As long as we’re (still) gushing about “Fleabag,” this seems as good a time as any to say that the down ballot upset I’m maybe most invested in is Sian Clifford for supporting comedy actress (though I couldn’t fault the Academy if it instead went with Olivia Colman’s brilliantly grating performance as their godmother). Are there any such longshots you’re pulling for, down ballot or otherwise?

D.D.: Clifford and Colman are in a great category — I’m rooting for Sarah Goldberg’s finely calibrated work on “Barry,” but would be happy for nearly any outcome. By contrast, the lead limited series/TV movie actor category has a clear front-runner in my affections: Jharrel Jerome, who, in the final episode of “When They See Us,” showed the consequences of having been wrongfully accused. It would be richly deserved, and a way to honor a program I fear may get lost in a competitive field.

Speaking of forgotten nominees: “Better Call Saul” has never had its moment at the Emmys, and while I’m sanguine about its probably losing drama series again, I’m hopeful for Bob Odenkirk. I’m not one for make-up awards, but while the show has dimmed for me as it’s reprised the story of “Breaking Bad,” Odenkirk remains under-rewarded. (Although it’d be hard to quibble with the result if he lost to Billy Porter, “Pose’s” compelling breakout star.)

C.F.: I would be thrilled with a Porter win, or indeed a “Pose” one overall. Part of me also wonders if “Succession” could ride its incredible season 2 momentum to an upset, but it might just have to wait for next year (when I hope more of its skillful actors will be nominees). Meanwhile, thinking back to limited series: the lead actress category is one of this year’s toughest races, but I’m still sad that “Sharp Objects” ended up fading from view in such a way that Amy Adams’ blazing turn will likely go unrewarded.

D.D.: Adams would get my vote, even if Williams and Arquette feel like the front-runners. (Both were in shows that are fresher in voters’ minds than “Sharp Objects.” Which gives me one more reason to hope “Fleabag,” too, is being underrated by pundits, after having been discussed, and praised, all summer.)

C.F.: Agreed that a season airing closer to the voting window is an underappreciated element of winning, and one that streaming networks in particular are figuring out how to exploit. Maybe that’s why Amazon has spent so long tap-dancing for “Maisel” (which dropped last December) instead of pushing their buzzier masterpiece. If “Fleabag” somehow manages to eke out a win, it would be based on word of mouth and the sheer talent of everyone involved — which, to be blunt, is the combination that should be winning shows awards, anyway.