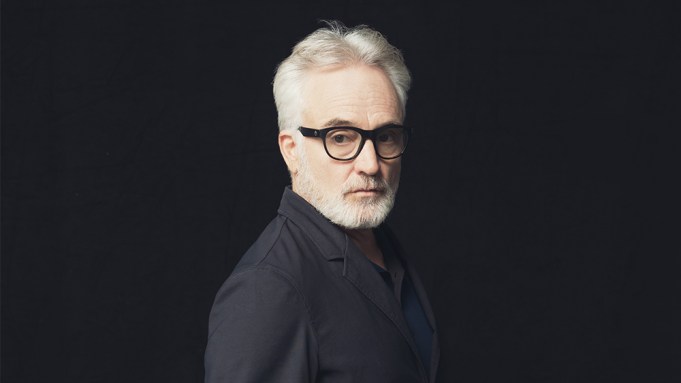 Bradley Whitford won the 2019 guest drama actor Emmy for his role of Commander Joseph Lawrence on Hulu’s “The Handmaid’s Tale.”

Whitford joined the cast of the streaming dystopian series at the end of its second season, in episodes that were released after the close of the 2018 Emmy eligibility window. The Television Academy agreed they could be submitted this year, and that decision now sees him picking up his third total trophy from the group. He previously won the supporting drama actor statue in 2001 for his work on “The West Wing” and the guest comedy actor one in 2015 for his turn on “Transparent.”

He was nominated alongside Michael McKean (“Better Call Saul”), Kumail Nanjiani (“The Twilight Zone”), Glynn Turman (“How To Get Away With Murder”) and both Michael Angarano and Ron Cephas Jones from “This Is Us.”

Whitford also made Emmy history by becoming the first performer to have won the guest actor Emmy for both comedy and drama, having previously won in comedy for “Transparent.” “It’s an honor to do that, it means a lot,” he said backstage.

Whitford gave off a long-list of thank yous and noted: “Award shows are not arenas of justice. We know that because the Hot Priest did not get nominated,” he said, citing the popular “Fleabag” character.

“I want to thank Margaret Atwood for giving us perspective in this disorienting moment as we are inundated and undermined by a misogynistic, radical, right-wing ideology.

“Despair is not an option. Our children can’t afford it. Action is the antidote to despair. Our future is an act of our creation.”