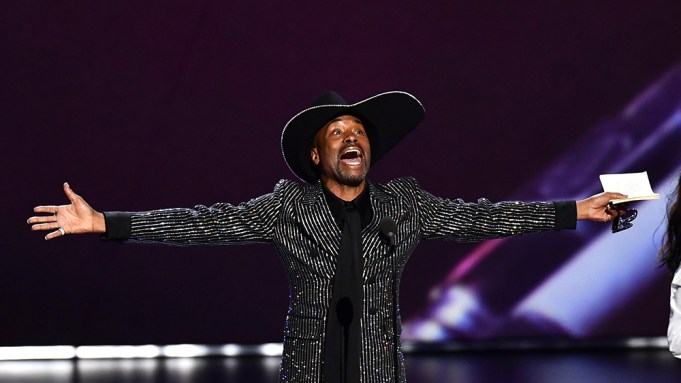 This is the Tony Award winner’s first-ever Emmy accolade, and he took the stage celebrating his series shouting, “the category is love!”

The “overwhelmed and overjoyed” Porter addressed the crowd quoting novelist and playwright James Baldwin, “‘It took many years of vomiting up all the filth I’d been taught about myself, and half-believed, before I was able to walk on the earth as though I had a right to be here,'” Porter recited from his notes before turning to the audience. “I have the right, you have the right, we all have the right.”

Porter beat Jason Bateman (“Ozark”), Kit Harington (“Game of Thrones”), Bob Odenkirk (“Better Call Saul”) and both Sterling K. Brown and Milo Ventimiglia from “This Is Us” to take this trophy.