Jordan Peele Explains the Meaning Behind the ‘Us’ Michael Jackson Reference 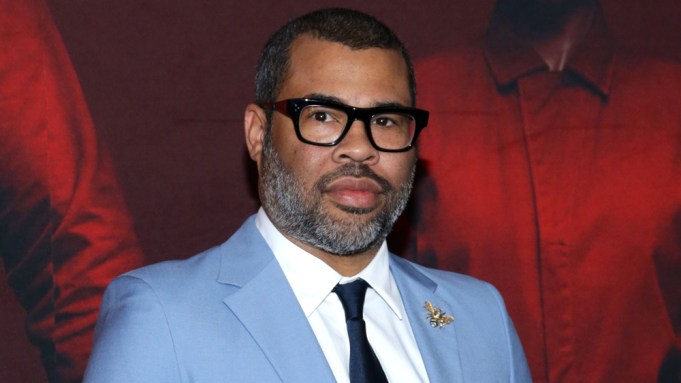 Jordan Peele’s horror movie “Us” is filled with pop culture references, from “Jaws” to “Goonies.” But the most divisive might be right in his opening sequence. Warning, minor spoilers ahead.

The movie about a couple (played by Lupita Nyong’o and Winston Duke) and their children being hunted and brutalized by a mysterious family that looks just like them opens with a scene from the 1980s. Nyong’o’s character is a little girl when her dad wins her a “Thriller” T-shirt from a game booth at an amusement park.

She puts on the T-shirt just before she wanders into a house of a mirrors — a decision that will imprint on the character’s life forever.

This “Thriller” throwback surfaces shortly after HBO’s documentary “Leaving Neverland,” centered around Jackson’s alleged sexual abuse of underage boys. The film lead to many fans calling for a boycott of Michael Jackson’s music.

Did the current controversy create a conversation between the studio and the director?

“No,” Peele told Variety’s Elizabeth Wagmeister earlier this week at the New York City premiere of “Us.”

“No, we start in the eighties and it’s an image of well documented duality and the film is about duality,” Peele said, adding that this nod is, “a tone-setter, and I think it sets a chilling tone, but one of much duality.”

One of the film’s central themes is human duality and the battle between good and evil. “This movie is about the fact that we are our own worst enemy,” Peele told Variety earlier this month at the South by Southwest premiere of the film.