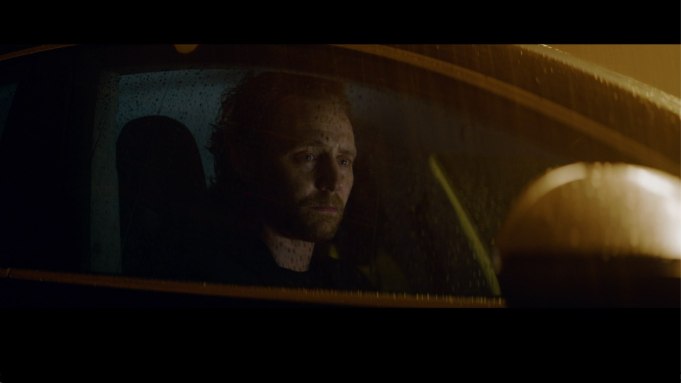 The Marvel star will take center stage alongside former superhero Daredevil Charlie Cox and Zawe Ashton (“Not Safe for Work”) for the upcoming revival of Harold Pinter’s original play. Using reverse chronology in its story, the play recounts a marriage’s disintegration following an affair.

The teaser trailer features the actor reading an excerpt from Pinter’s Nobel Prize speech, set to images of a melancholy Hiddleston looking out his car window late at night in the midst of a heavy downpour. “There are no hard distinctions between what is real and what is un-real. Nor between what is true and what is false,” the English actor voices over the scene. “Sometimes you feel you have the truth of the moment in your hand and it slips through your fingers. But beginnings never know our ends.”

“I first came across Harold Pinter’s Nobel lecture as a young actor, and it had a huge impact on me,” Hiddleston told Variety. “It’s a profound and eloquent articulation of the role of the theatre as a place to explore the experience of being alive, and the complex nature of the truth; of the many truths we feel.”

The play has been frequently revived since its Broadway debut in 1980, including a New York production in 2000 starring Juliette Binoche, Liev Schreiber, and John Slattery, and a 2013 adaptation starring real-life couple Daniel Craig and Rachel Weisz.

The latest revival will enjoy a limited 17-week run at the Bernard B. Jacobs Theatre beginning Aug. 14 followed by an official opening on Sept. 5.