Timothée Chalamet on His ‘Anxiety-Inducing’ Bowl Cut for ‘The King’ 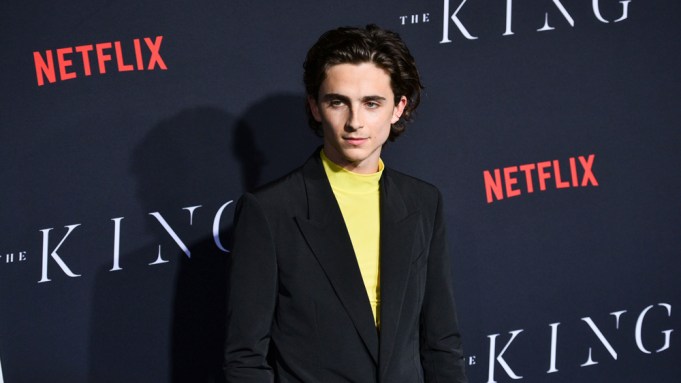 Timothée Chalamet looks like he was born to wear a bowl cut, but “The King” star wasn’t always on board for the choppy hairdo.

“At first it was anxiety-inducing, but then it was like nah this has to be done,” Chalamet told Variety‘s Marc Malkin at Tuesday’s red carpet premiere of “The King.” “Or else you can kind of see those period movies, without shading anybody, but where they didn’t fully, you know, you didn’t know what they were going for, and hopefully this is not that.”

Aside from his bowl cut, Chalamet said he was unfamiliar with the Henry V character going into the film, which is loosely based on Shakespeare’s eponymous play and follows a young Henry V who reluctantly assumes the throne — and all the political deceit, intrigue and war that comes with it. In fact, Chalamet said his lack of knowledge was one of his favorite parts of taking on the role.

“This is one of the coolest parts of the job, the reading, the getting into it, the hours spending with the books, the plays and staying far away from the other movies that were made,” Chalamet said, the last part being especially important since this version of the Henry V story is unlike any other: “This is going for a new, searing portrait of a young man having no clue what circumstance he’s in with a skill set that is short of the circumstance he finds himself in,” Chalamet said. 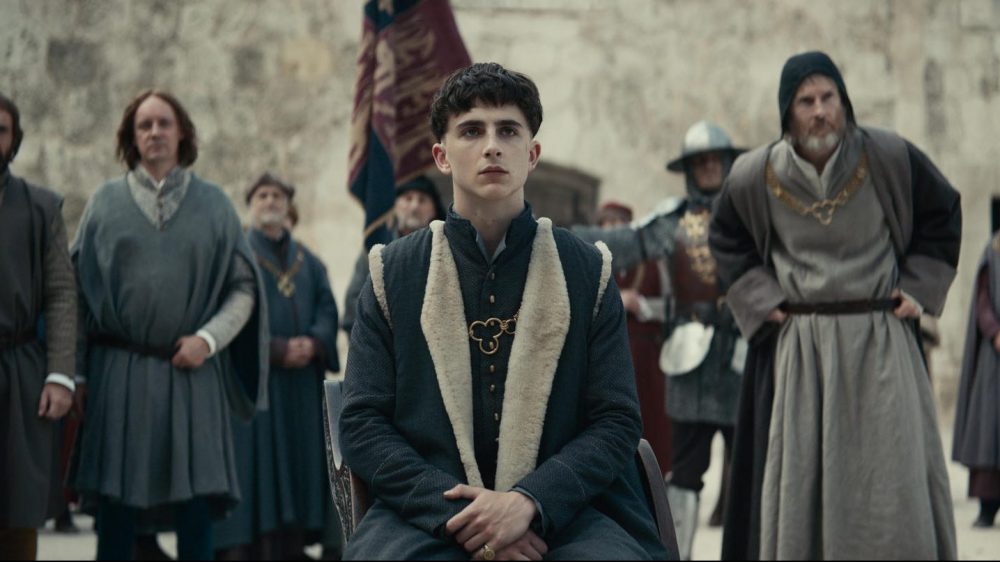 As for himself, “The King” actor said he’s more of a Robin guy — a childhood obsession from his younger years — although he won’t be taking on the role any time soon.

“I’m not averse to those universes, but not that,” he said.

Chalamet also proved he reads his Twitter feed. He brought bagels to “The King” red carpet after a fan asked him on Twitter to bring some to the premiere to feed his admirers.