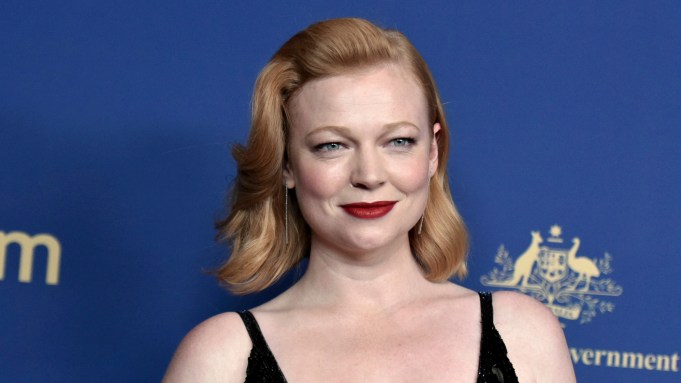 The “Succession” season two finale took fans by surprise with its shocking cliffhanger, and even Sarah Snook (Shiv Roy) was caught off guard by the script.

“Episode 10 of season two, I was reading by myself in my trailer, and no on was around but I still had my hands over my face, covering my mouth in shock. It came out of left field,” Snook told Variety’s Angelique Jackson at the Australians in Film Awards on Wednesday night.

SPOILER WARNING: In the season two finale of the HBO series, Kendall Roy (Jeremy Strong) seemed ready to take the fall for Waystar Royco’s coverup of a nationwide scandal. However, in the final moments of the episode, Kendall threw his father and company CEO, Logan Roy (Bryan Cox), under the bus during a televised press conference. Kendall’s betrayal shocked his family (maybe not Logan), but Snook said Shiv may have known deep down that it was coming.

“Maybe she did, I don’t know. We cut at a point where we don’t know what’s going to happen next,” she told Variety. “I feel at this moment, she didn’t. But maybe she did somewhere down deep inside.”

Shiv and her husband Tom Wambsgans (Matthew Macfadyen) also finished the season on rocky terms. Tom, his wife and in-laws’ punching bag, finally erupted over Shiv’s cheating and lies. When asked if the recent newlyweds would get a divorce, Snook said that her character may stick through the turmoil.

Sadly, Snook doesn’t have any season three secrets to share as production hasn’t started yet, but she did give shoutouts to the Shiv Halloween costumes she’s seen.

“I’ve seen one or two already and I’ve been very honored,” she said. “There have been some red wigs and high-waisted pants and turtlenecks. I guess it’s a Shiv look.”