Stan Lee Remembered at Hollywood Tribute: His ‘Greatest Creation Was Himself’ 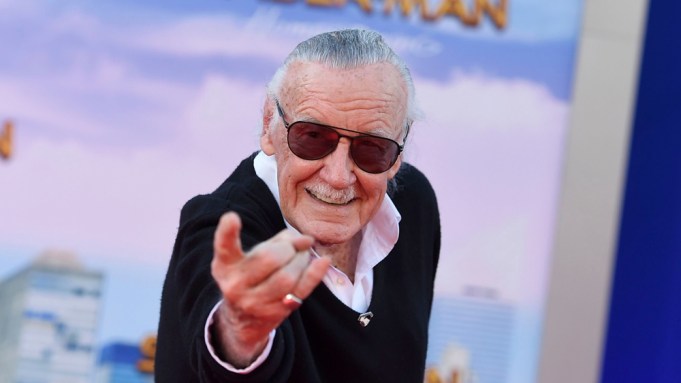 Stan Lee may not have had the power of immortality, but his legacy and impact on pop culture will surely live on forever.

Longtime friend and filmmaker Kevin Smith hosted “Excelsior! A Celebration of the Amazing, Fantastic, Incredible & Uncanny Life of Stan Lee” at the TCL Chinese Theatre in Hollywood on Wednesday night. Lee, who died on Nov. 12 at age 95, helped create some of the most iconic superheroes in history for Marvel Comics, including Spider-Man, Iron Man, Thor, Hulk, Black Panther, Dr. Strange, and the X-Men.

“I remember Stan meeting [‘Spider-Man’ star] Tom Holland for the first time,” Sean Gunn, one of the stars of “Guardians of the Galaxy” told Variety. “The thing you have to know about Stan is that he was always f—ing with people all the time. He never stopped doing it. He said, ‘Tom, everyone tells me that you’re the perfect Spider-Man, but I can’t see it.’ Tom’s face fell and Stan laughed. He looked around and winked at the people who knew he was messing around.”

Smith first met Lee while filming “Mallrats” in 1995 after writing a small role specifically for the comic legend. A short meeting about how inaccurate the character was to Lee’s actual persona soon led to a 23-year friendship.

The celebration began with a police flag-raising ceremony outside the TCL Chinese Theatre and a salute by Veterans in Media & Entertainment to Lee, who served in World War II. The veterans group presented a memorial flag to his daughter, J.C. Lee.

Inside, Smith hosted several star-studded panels to remember the impact Lee had on so many people’s lives and careers. Without Lee’s early comics, “Spider-Man: Into the Spider-Verse” producers Phil Lord and Chris Miller wouldn’t have had the inspiration for their Oscar-nominated film.

“Our first encounter with him was at eight years old reading comic books. We first met him when we were 20 years old and snuck into a Comic-Con after-party and ran up to him. Any other person would’ve totally been calling security over,” Miller said. “Reading his notes to the readers in those pages was the first time we felt part of something bigger. He made ordinary people feel extraordinary. To me, that’s his legacy.”

In the final pages of many of his comics, Lee penned “Stan’s Soapbox,” letters he wrote that spoke to the reader in a humorous, honest way. Few other creators developed such a direct relationship with their legions of adoring fans.

“He had such a personality that came across the pages,” “Star Wars” star Mark Hamill said during a panel. “He put a human face on what it was like to work for a comic company. He had catchphrases, like ‘Excelsior,’ and ‘Stan’s Soapbox.’ You really felt like you knew him. He branded that company. He was the figurehead. He was the guy, Stan the Man.”

“Stan’s Soapbox” also united fans of all backgrounds and championed respect, equality, and diversity. One of the most famous letters from 1969 that condemned bigotry went viral following his death. Wu-Tang Clan member and filmmaker RZA repeated Lee’s words to a hushed audience.

“Bigotry and racism are among the deadliest social ills plaguing the world today. But unlike a team of costumed supervillains, they can’t be halted with a punch in the snoot, or a zap from a ray gun. The only way to destroy them is to expose them — to reveal them for the insidious evils they really are,” he read. “Sooner or later, if man is ever to be worthy of his destiny, we must fill out hearts with tolerance.”

Los Angeles Mayor Eric Garcetti honored him with a posthumous key to the city. The one-of-kind key was made from solid brass and wood from a fallen tree in the San Fernando Valley, where Lee spent a lot of time.

“Whether you’re lucky enough to be born here or smart enough like Stan Lee to come here, this is indeed a City of Angels. This is a place where we have heart, we have spirit — things Stan Lee was all about,” Garcetti said during the ceremony. “Whether you’re a woman, or a person of color, or LGBTQ, or a religious minor, or a senior, we start thinking of everyone as an underdog. Stan Lee did things to give us a place where we felt ourselves.”

“Stan’s greatest creation was himself. We love all the superheroes that Stan was responsible for, but we don’t get to meet those superheroes unless we met the character of Stan Lee,” Smith said. “If Stan wants to live forever, this is how it begins. Sometimes I lament because I honestly think I’ve met the best f—ing human being in my life, and now he’s gone. He meant the world to everyone in this room. We’re talking about someone who didn’t have to touch personally to touch personally. This is a guy who lives in everybody’s hearts.”