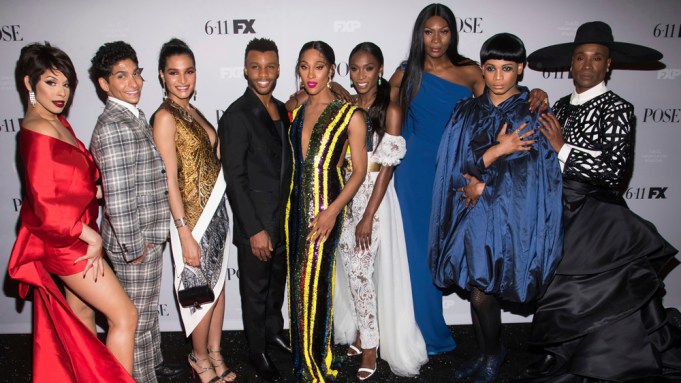 The song is played in the first episode of the FX series to not only mark that there’s been jump of about three years between the first and second seasons, but also to show how the anthem helped the ballroom scene of mostly LGBTQ people of color cross over into pop culture.

“We started on the rights to ‘Vogue’ about eight months ago,” producer and music supervisor Alexis Martin Woodall told Variety at the New York City premiere of “Pose” Season 2. “The minute we were doing a Season 2, Ryan [Murphy] called me and said, ‘We gotta start working on Madonna’s camp.”

Fortunately, Madonna came through. “She has been astounding to work with and so generous but it still takes time because at the time that we started we thought we were going to end the season with ‘Vogue’ and then as the story evolved it made more sense to move forward and launch it with ‘Vogue’ so it’s been an ongoing process for about eight months. But we got the call and not only did they say, ‘You can use it, but you get to use it twice.’”

To say that the cast was excited to film scenes featuring ‘Vogue’ is an understatement. Dominque Jackson, who plays Elektra, recalled watching the ‘Vogue’ music video when she was growing up in Tobago. “I thought to myself, wait, those men have to be different so it made me realize I could who I am,” she told Variety. “So every time I listen to ‘Vogue,’ it’s liberation for me.”

“Pose” co-creator Steven Canals also remembered when he first heard the tune. “I’m thinking about that 10-year-old boy who danced around his apartment listening to that song — on vinyl, no less! — over and over and over again,” he recalled.

Angel Bismark Curiel, who plays Lil Papi, said “Vogue” was the perfect way to launch the new season. “It really sets a temp of like, ‘Hey, this is what we’re doing. This is where we’re going. Sit down,” he said. “You’re going to be entertained but we’re going to educate you while we’re doing it.’”