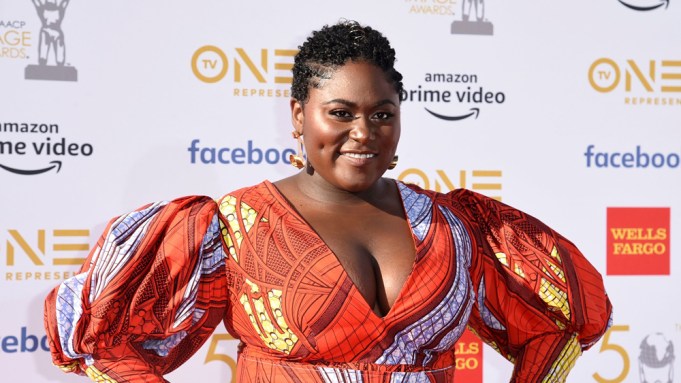 From Litchfield to Central Park.

“Orange Is the New Black” star Danielle Brooks exclusively tells Variety that she is going to make her Shakespeare in the Park debut this summer, starring as Beatrice in “Much Ado About Nothing.”

“I haven’t done Shakespeare in nine years, [but] I’m ready,” Brooks said at the NAACP Image Awards on Saturday. “It’s in my bones.”

A graduate of the Juilliard School, Brooks earned a Tony nomination for her Broadway debut as Sofia in the 2015 revival of “The Color Purple.” Most recently, she signed on as a producer of the just-opened jukebox musical “Ain’t Too Proud: The Life and Times of the Temptations.”

The final season of “Orange Is the New Black” wrapped in late February. While it was sad to say goodbye to the cast and crew of the hit Netflix series, Brooks revealed that the show ends with her by herself on the phone. “They close with me on a phone call so it made it a little easier than looking into one of my castmate’s eyes,” she said.

She also said her mementos from the set include prison signs: “I took so many posters to put in my house, like ‘Inmates Don’t Walk This Way’ and things like, ‘No Smoking on the Grounds.’”