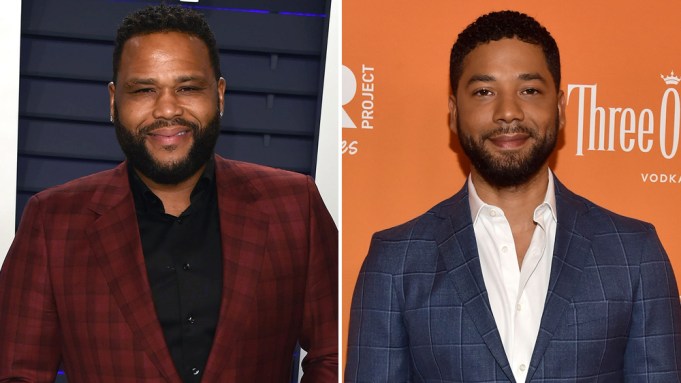 Jussie Smollett is nominated for an NAACP Image Award for his work on “Empire,” but it’s still unknown if he will attend the upcoming festivities on Saturday at the Dolby Theater in Hollywood.

Anthony Anderson, who returns as host for the sixth consecutive year, hopes the actor will make an appearance.

“I hope to see him here,” the “Black-ish” star told Variety during a preview of the Awards on Wednesday morning. “I hope he wins. I’m happy for him that the system worked for him in his favor because the system isn’t always fair, especially for people of color.”

“So I’m glad it worked out for him,” Anderson continued. “It’s not my place or any other person’s place to judge him or what not, but I’m glad the he’s nominated…I hope he wins because I’d be interested to hear his speech.”

This year marks the 50th anniversary of the Image Awards and its first time being held at the Dolby, also the home of the Oscars.

“I think it’s grown every year and this is the culmination of that growth,” Anderson said. “When I took over six years ago I always wanted to movie it from its location to the Dolby Theater. And here we are celebrating the 50th anniversary of the NAACP Image Awards as I envisioned it. I couldn’t think of better place, a better venue, a better moment in time to celebrate the 50th year.”

Considering Anderson is on a hit ABC show and he will soon have Dolby hosting duties under his belt, could hosting the Oscars be next? “I would love to do it,” he said.

While a Beyonce and Jay-Z appearance has not been officially announced, it sure sounds like they’ll be attending. “You know, we’re just here to celebrate them,” awards producer Reggie Hudlin told Variety. “They’ve given us years and years of entertainment. I think it’s time for us to just give them some applause. They tend to inspire a lot of love, deservedly so.”