Continue to Variety SKIP AD
You will be redirected back to your article in seconds
Dec 11, 2019 2:00pm PT

Ryan Reynolds Disagrees with Scorsese on Netflix and Phones: ‘Watch on Whatever F—ing Device You Want’ 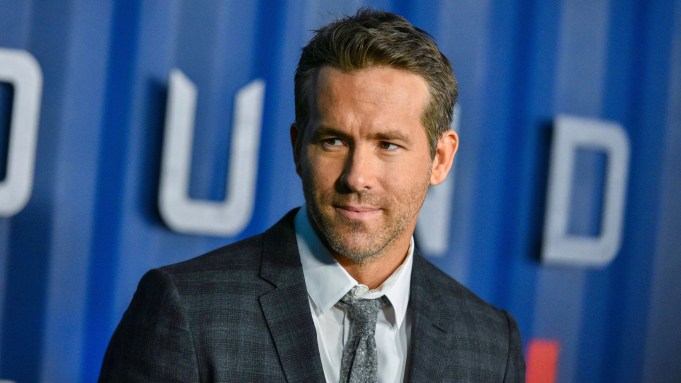 When it comes to Netflix viewing, Martin Scorsese doesn’t necessarily speak for the room.

Commenting on “The Irishman” director’s objection to the all-too-common method of watching Netflix on personal cell phones, Ryan Reynolds told Variety ,” You should be able to watch whatever the f–k you want to watch on whatever f–king device you want to watch it on. I don’t know. I would say that’s just the way things are.”

Reynolds was in New York for the premiere of his Netflix action movie, “6 Underground,” which is released Friday, Dec. 13.

Speaking to Rolling Stone last month, Scorsese urged “The Irishman” viewers to “please, please don’t look at it on a phone, please. An iPad, a big iPad, maybe.”

Michael Bay, director of “6 Underground,” saw it both ways: “I don’t want my movies to be watched on a phone either. But movies aren’t that bad on these new TVs that have HDR, high dynamic range. Listen most of the Academy votes on TVs, okay. We all love movies. I’m a big cinema guy. But, the great thing about Netflix is it’s a new voice out here and it’s a strong voice. And they do interesting content. So, that’s why I appreciate it.”

The “6 Underground” cast marched onto the red carpet in front of hundreds of bleacher fans who screamed with excitement as an electrifying Parkour act took note from the world of Michael Bay. The audience was left breathless as the acrobats leaped on columns and zip-lined over the heads of reporters.

The director’s trademark action-packed vision of big bang thrilling punches at the event was felt equally during filming.

At the swanky after-party at The Shed at Hudson Yards, Rami Malek, Lucy Boynton and Joseph Mazzello reunited to toast their “Bohemian Rhapsody” co-star Hardy for his latest film role. Guests at the grand Netflix soiree took in the views of Hudson Yard’s Vessel on the chilly night, as they dined on endless servings of ricotta ravioli, short ribs and seared trout. The decadent night was proof that Netflix certainly never skimps on any budget.