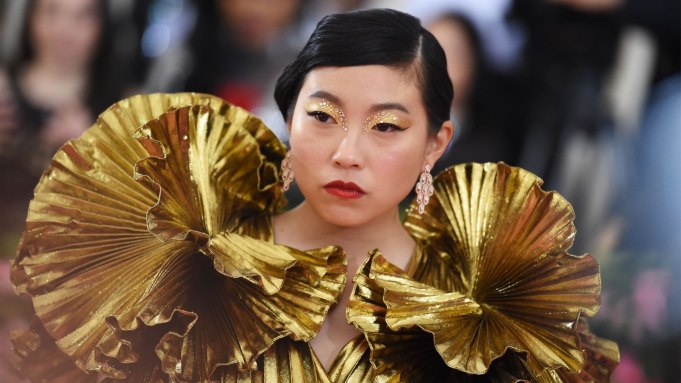 Come the first Monday of May every year, the pressure’s heightened as those invited to the exclusive Costume Institute Gala take to the historic Met steps to be judged on their clothing choices for the night, not only on their aesthetic appeal but also in its alignment with the year’s theme. But while the photographed celebs typically get all the credit – or flak – for their sartorial choices, there’s usually a team and namely, a magician make-up artist, behind the finalized looks on the carpet.

Planned by Vogue’s Anna Wintour as a way to raise funds for the Metropolitan Museum of Art’s Costume Institute, the annual event centers around the latest exhibit’s theme. Previous themes have included Heavenly Bodies: Fashion and the Catholic Imagination in which attendees made sartorial allusions to religion, and Manus x Machina which drew inspiration from evolving technology. This year’s theme, Camp: Notes on Fashion, is in reference to Susan Sontag’s essay, “Notes on ‘Camp,'” which posited a variety of definitions for the word “camp.”

The “camp” theme certainly gave way to creativity on the part of the celebrities walking the carpet this year, and their long-time teams working to create a well-received look. So in order to better understand the glam process for the first Monday of May, Variety looked to four seasoned make-up artists, Fiona Stiles (Lily Collins), Kirin Bhatty (Awkwafina), Molly Greenwald (Constance Wu), and Molly R. Stern (Cara Delevigne), who broke down the behind-the-scenes of the Gala.

What does ‘camp’ mean to you?

Molly Greenwald: The exaggerated and fun or humorous take on an art. My mind goes to Cher in Bob Mackie, John Waters movies, Ms. Piggy even! Definitely my favorite theme in recent years.

Molly R. Stern: Camp to me means that anything goes. More is more and it’s a real opportunity to see beauty through an extreme and pushed creative lens.

Fiona Stiles: Isn’t that the hardest part – defining camp? I grew up loving terrible, schlocky horror films, I love John Waters movies, I love punk rock and glam rock. I love anything that doesn’t take itself too seriously. What isn’t to love about camp and makeup? I mean the two go hand in hand!

Kirin Bhatty: To me, camp means extravagance. The cool thing about it is that it can mean so many things to so many people. That’s what makes this Met Gala so exciting. It’s going to take so many forms – you might see anything from the ’50s, ’60s, or ’70s, to drag. I think it’s really about freedom. Artistic freedom. I think about the happy colorful side, where the rainbows in your heart live. In a way, tonight will be the night artists get to have our dreams come true. Camp is like all of our dreams personified.

When you first learned of the theme, what were some of the first things that popped into your head in terms of makeup looks?

Greenwald: I just was immediately so excited to see all the looks, the possibilities! This year’s theme is really one that welcomes some major makeup moments. I’m really hoping to see character choices like freckles or fake teeth to funny eyebrows and Joan Crawford lips and glamorous things like big lashes and bejeweled eyes.

Stern: It is always a tremendously gratifying collaboration for these types of events. I waited to see what Cara was wearing before making any firm decisions.

Stiles: I think John Waters, drag, Leigh Bowery. “Dynasty.” Joan Collins. The Cockettes. There’s just so much that you can pull from.

Bhatty: The first images that popped into my head were reflective, bright, glittery, textured, colorful, big and fun!

What were some of the challenges that the ‘camp’ theme presented in creating the look?

Greenwald: With this years theme you can go so many places … it’s all a collaboration so I have to see where the dress and hair takes us, finding something that fits with the entire vibe, and threading that needle considering all the factors. This year, doing too little or doing too much might be the danger zone.

Stern: The challenge and blessing is expanding my creativity beyond its comfort zone.

Stiles: Narrowing it down! I have to say, there’s a fear of going too far. I have a lot of respect for what true camp is, and for the people who create it. You want to be mindful of cultural appropriation, and also respectful that this is a Vogue event and I want the look to be beautiful and honor the venue and hosts by adding to the beauty and excitement of the night.

Bhatty: Because this theme is so boundless, narrowing it down was the hardest thing for me. When I was starting the process with Shirley, Kylee and Nora, even constructing the mood boards was challenging because there are so many places we could go with this. Sometimes when you have too much creative freedom, it can be limiting because it’s hard to know where to begin when your options are limitless.

What was the process in finalizing your client’s look?

Greenwald: We both did a lot of inspiration searching and ended up in the same place with the same instincts on what the makeup should be which was great.

Stern: Cara is an incredible person to work with because she really offers space for her team to create. She does not micro manage us and has great faith that we will get to a place where we all feel great about it. I always bring reference photos and some digital sketches to show where my head is at. But the look  really comes to fruition in real time taking into consideration all the things and needs for the day.

Stiles: Gregory Russell and I always work really well together. Months ago, we started sending each other references. I don’t usually try makeup looks on myself, but I was trying looks on at home and sending to him, and he would send some to me. This was before even seeing the dress, so we didn’t know exactly where we’re going with it. Gregory can catch any reference that I throw at him. I’m always stunned at that. When we saw the final dress, we did more mood boards, showed Lily, took her feedback and narrowed the look down a few times. It was a long process, and I’ve been marinating on it for months. My husband hasn’t even had a normal conversation with me for the last 14 days because I’ve still been thinking about different things we could do.

Bhatty: There is a lot of trust among [Awkwafina’s] team, and when a client trusts you, you’re allowed to be free as an artist. That’s always a blessing. For me, the process was about doing the look over and over again. I start with a sketch, I put it on myself and wear it a ton of times. I’ll usually hire a model to try it on the day before. I dream about it, I think about it constantly. I drive everyone crazy talking about it, and then it’s gone into the universe and we’re onto our next!

What would you consider a make-up taboo for this year’s theme?

Greenwald: I mean there are really no rules in art but I can’t imagine anyone will send out a subtle natural makeup this year. Unless Frances McDormand attends again in her perfect and consistently fabulous naked face.

Stern: I don’t believe in taboos when it comes to make up. If it makes my girl feel empowered and beautiful, I’ve done my job.

Bhatty: There’s nothing off limits tonight! I think camp is what you define it as. There are no rules, and you can really go wherever you want. I’ve seen super wild references, and I’ve seen some that are a more subtle nod. I think this is one of the most inclusive and exciting themes we’ve ever had.