Mary J. Blige Did Her Own Stunts in Netflix’s New ‘Umbrella Academy’: ‘I Was Pulling Glass Out of My Face’ 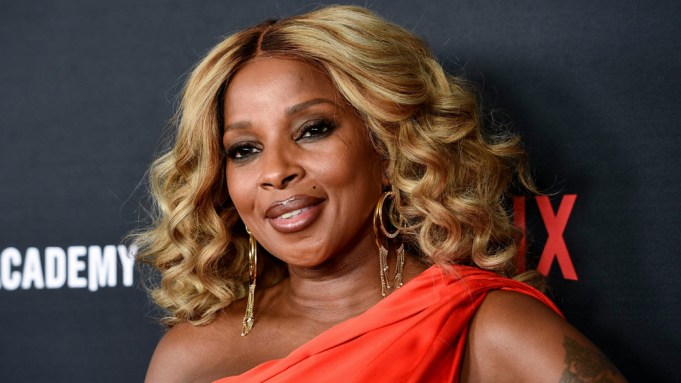 The singer-actress plays Cha-Cha, a villain in the new “The Umbrella Academy,” Netflix’s adaptation of the superhero comic book series of the same name.

“I was hanging from wires, for real,” she continued. “I was pulling glass out of my face. It was crazy.”

Blige even had to face off against Cameron Britton, who plays a fellow villain and is 6’5″ tall.

But, she admitted, “We were pretty sore and beaten up the next day.”

Britton was in awe of Blige’s work ethic. “She was up at six in the morning on Saturday to do martial arts while I was still midway through my sleep patterns,” he said.

Co-star Emmy Raver-Lampman added, “She’s a badass but she’s also like the sweetest human and she loves tequila.”

Raver-Lampman said karaoke was a fun past time while shooting in Toronto. However, she couldn’t recall Blige’s karaoke numbers because “I probably had too much tequila, too.”

“The Umbrella Academy” streams on Netflix on Feb. 15.