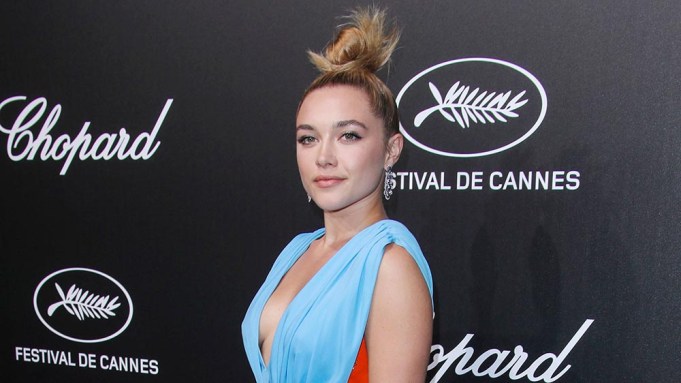 Florence Pugh and James Norton gushed over their “Little Women” co-stars Timothée Chalamet and Emma Watson while at the Cannes Film Festival.

The actors spoke to Variety‘s Marc Malkin on the red carpet at the Chopard Trophy Awards, where Pugh was honored. The 23-year-old actress was chosen for the award by a jury consisting of former Chopard Trophy recipients such as Marion Cotillard, Gael García Bernal and Lea Seydoux, Cannes’ director Thierry Fremaux, Variety’s Steven Gaydos, and Chopard’s Caroline Scheufele.

Pugh and Chalamet’s characters Amy March and Laurie wed in Louisa May Alcott’s classic — to little fanfare. “We didn’t have a wedding,” Pugh bemoaned. “That’s still probably yet to come. We’ll have to ask his permission before that happens.”

Although Pugh didn’t get a wedding, the actress did get to wear matching outfits with her co-star, which she said “was the most important thing.”

“Timmy is great,” Norton said, also praising Chalamet. The actor also had kind words for Watson, whose character Meg March strikes up a romance with his character, John Brooke. “We had our own little world of Meg and John. It was a lovely warm affectionate relationship both on and off the camera which was great.”

“I was very aware of the caliber of people on that set. I spent most of my time standing in the corner just trying to soak as much of it as I possibly could,” he continued, calling working with the star-studded cast, which also includes Meryl Streep, Chris Cooper, Saoirse Ronan, Bob Odenkirk, and Laura Dern, a “total privilege.”

The Greta Gerwig-directed remake was initially rumored to screen at Cannes, but will not. “Little Women” is set to release on Christmas Day.