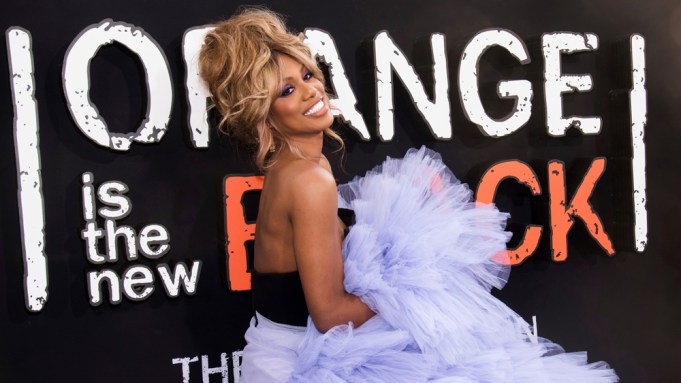 The ladies of Litchfield Penitentiary are leaving us.

The cast and crew of Netflix’s game-changing original series “Orange is the New Black” gathered at Alice Tully Hall in New York City on Thursday night for a screening of the show’s first episode of the seventh and final season.

The prolific series changed the game in terms of inciting the streamed-television landscape and features a diverse cast that shines a light on the reality of prison life, the queer community and the stories of empowered and nuanced women in the throes of life behind bars. Before the screening, Netflix Content VP Cindy Holland said that across its six previous seasons, 105 million viewers have watched at least one episode of the series. The show has also sparked “The Poussey Washington Fund,” a crowdfunded mission named after an “OITNB” character that supports eight non-profit organizations that advocate for the protection of immigrants, criminal justice reform, an end to mass incarceration and women in prison.

“In these human warehouses — that’s what jails are, human warehouses — in these warehouses there are people, there are souls there,” said Catherine Curtin, who plays corrections officer Wanda Bell. “They are warehouses warehousing people’s souls. How can we do that? Why don’t we work together as a society? Why isn’t our education system better so that people don’t end up in prison? Why aren’t there more networks for lifting all of us up? We are only as strong as our weakest link.”

Before the screening, Holland spoke before a packed auditorium and said, “When it comes to on-screen representation all shapes, sizes, skin tones and identities, ‘Orange’ didn’t just crack the ceiling, it blew the roof off.”

Holland then asked the cast and fans in the audience to stand, which was met with raucous applause and screams.

Creator Jenji Kohan and producer Tara Hermann took the stage, with Hermann honoring Kohan for “finding beauty in the flawed and shedding light in the darkest of corners” through her writing. The two then introduced “The Poussey Washington Fund,” showing a clip featuring interviews with real life fans describing what the show has done to impact their lives. The video then showed cast members listening in on the interviews, shedding tears and surprising the fans afterwards. When the screening began, fans sang along with the theme song, artist Regina Spektor’s “You’ve Got Time.”

On the carpet, Laura Prepon shared what she will miss about being in Litchfield.

“Not the uniforms. I’m gonna miss the girls, I’m going to miss the women that I worked with every day, and the men. I’m just gonna miss the cast and the material that we got to act every week. And for me to direct was awesome,” she said.

After the screening, stars celebrated at an after party held at The Times Square Edition hotel. Partygoers were met by a jungle of palms and ferns hanging from the ceilings and adorning the tables, along with orange flowers displayed throughout the space. They dined on oysters and prime rib and chatted with their peers. Prepon and Nick Sandow, who plays prison administrator Joseph Caputo, posed for photos while “Queer Eye” star Antoni Poroswki mingled with friends.