The line to see Julie Andrews at the 92nd Street Y wrapped around the square of a sprawling New York City block. Seventy years since the start of her career, 60 since she asked “Wouldn’t It Be Loverly?” as Lerner and Loewe’s first Eliza and 50 since she sang “The Sound of Music” before the Eastern Alps — Andrews still draws a crowd.

Her fans gathered Saturday evening to hear her speak about “Home Work: A Memoir of My Hollywood Years,” the actress’ second memoir, co-written with daughter Emma Walton Hamilton and chronicling the breadth of her years in the film industry, from “Mary Poppins” to “Victor/Victoria.”

“I was learning on my feet every inch of the way,” she said, joined onstage by her daughter and film scholar Annette Insdorf, who led the talk.

“My background had been vaudeville and musicals, even in the early, early years with that somewhat freak of a voice I had in those days. And that got me by for a long time, and I was so lucky to be asked to go to Broadway. And then, miraculously, Walt Disney comes along and says ‘Would you like to come to Hollywood?’ It was all unexpected; I just dealt with what was coming my way,” she continued, ever-humble.

Andrews’ film career began with “Mary Poppins,” after being passed over by Jack Warner for a more profitable Audrey Hepburn in the screen adaptation of “My Fair Lady.” “Mary Poppins,” however, earned Andrews an Academy Award. She was nominated again the following year, in 1966, for playing Maria von Trapp in the “The Sound of Music.”

Along the way, Andrews met “Breakfast at Tiffany’s” filmmaker Blake Edwards, with whom she’d spend over 40 years in marriage and raise five children.

“Blake was the most charismatic and interesting fellow you could possibly meet,” she recalled. “He was hilariously funny and had such a dark sense of humor that just put me away, that I loved so much.”

“But he was also, at times, a very depressive personality and had a very difficult time. I knew him very well, and he knew me very well — we were married for 41 years before he passed — but he did have horrible bouts of depression, and he wrote more and more biographically the longer our lives together went on,” she shared, still enthralled by her late husband and troubled — as her turn in Edwards’ semi-autobiographical “That’s Life!” may have suggested — by his demons.

The two collaborated on seven films, including dramas like “10,” “S.O.B.” and “That’s Life!” And while Edwards notably worried that Andrews’ work portraying famously cheery protagonists pigeonholed her film career, the musicals, including Edwards and Andrews’ “Victor/Victoria,” remained the actress’ most beloved projects.

“I loved doing the films, no doubt about it, but the movie musicals were the most enjoyable of all, because, honestly, to have great orchestras and that music being piped into the set was a different, joyous atmosphere,” she said, glowing after having watched a clip from “Victor/Victoria” with the gathered audience.

Near the evening’s end, Andrews offered her advice to aspiring actresses. “Nothing is wasted, is for sure,” she cautioned. “There were days when I was in vaudeville, and I’d be endlessly touring around England in really tacky productions, belting my coloratura in arias and things like that, and wondering, ‘What on earth good was this going to do me?’ But, suddenly, I’m doing ‘Mary Poppins’ on film and it had a kind of vaudeville, rum-ti-tum quality like those musicals, and I thought, ‘Oh, how lucky I did all of that.’ Nothing’s wasted,” she repeated. “It’s going to come in use for you at some point in your life.”

“What do you hope to be remembered for?” an audience member asked next, hushing the room for the first time that evening into complete silence, suspended in admirable anticipation of her answer.

Pausing to consider carefully, Andrews responded, smiling. “Hopefully, perhaps, a certain joy or delight in music and all things. I’m so lucky, really, to have been that lady who was able to do all those wonderful things. My mother used to say, ‘Don’t you dare pull rank. There’s so many people who can do what you do just as well. Be grateful, get on with it,’” she laughed.

“And she was right,” Andrews continued. “And, so, I hope that what I do gives joy and makes people curious, which is I think one of the best qualities you can have in life, to be curious about things. And maybe that kind of thing would be nice to have as a legacy.” 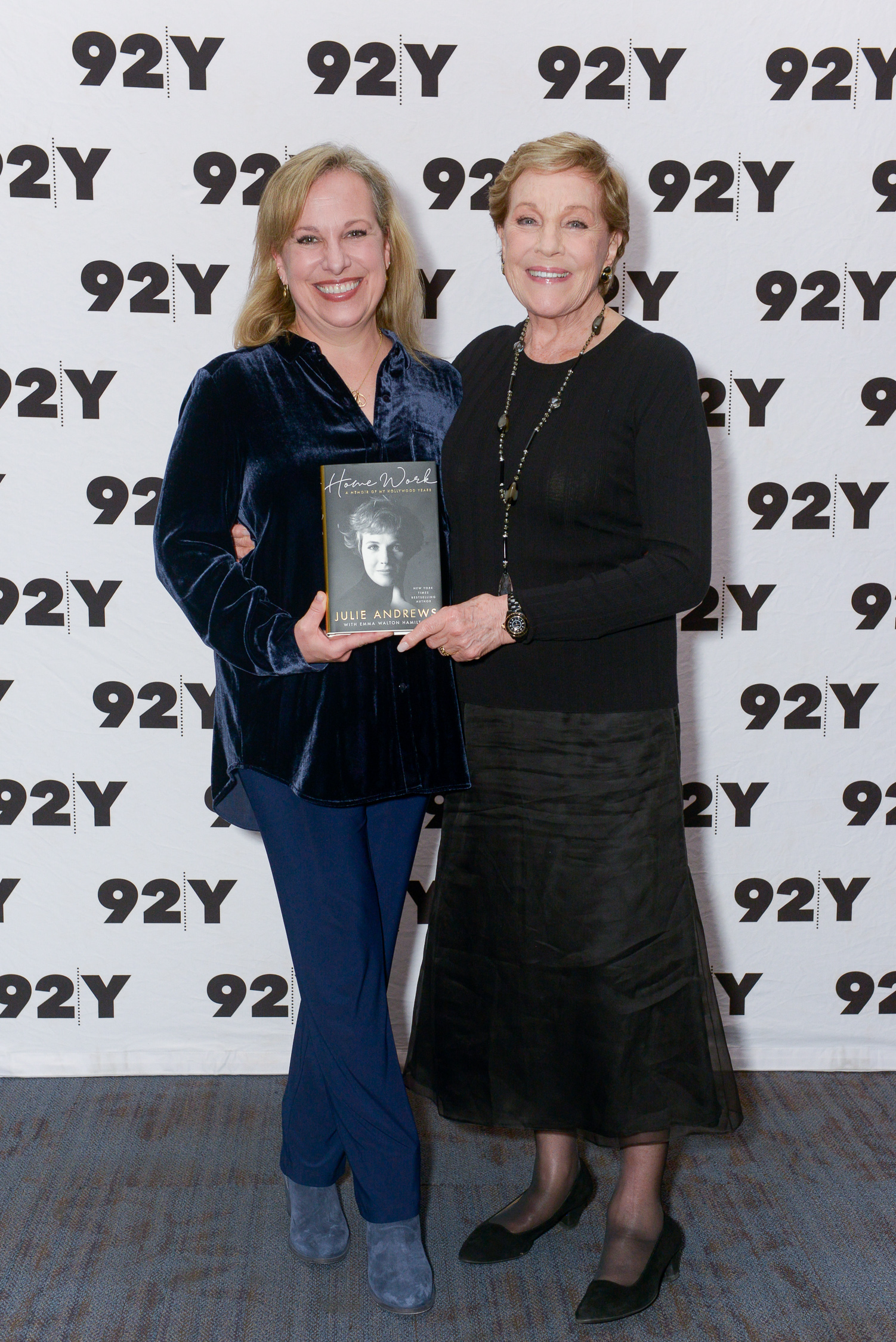