Continue to Variety SKIP AD
You will be redirected back to your article in seconds
Sep 15, 2019 1:33pm PT

The Emmys’ official after party is set to impress — and to leave a permanent impression.

At the annual press preview of the 71st Emmys Governors Ball, the Television Academy announced a partnership with Living Spaces, Habitat for Humanity and the Hollywood Community Housing Corporation that will provide more than 80 custom sofas, chairs and other furnishings to the local community — leaving a permanent footprint despite the event only lasting a few hours.

“I really feel that there is just no more powerful medium than television to change people’s minds, to really change their perspective, to get a message across. And the Television Academy needs to play a part in that,” Television Academy President and COO Maury McIntyre told Variety. “And so as we were looking at what’s going on in our community, clearly the homeless community in Los Angeles is just growing and Hollywood needs to be a part of that solution.”

“So, it’s great that we want to throw a party, we want to celebrate what’s going on in television, but we also want to give back,” he concluded.

“There’s a housing crisis and we’re all trying to do our part [because] every contribution matters,” the Hollywood Community Housing Corporation’s executive director Sarah Letts said. “I think it creates a really beautiful connection because people from all walks of life love the TV. They connect to the stories that connect to the actors.”

Habitat for Humanity’s Erin Rank praised the Emmys for taking “a leadership role” in the community by proposing the idea.

“This year alone we will help to build and repair over 200 homes here in Los Angeles County. And so oftentimes our families are moving into a larger space and they need help furnishing those spaces,” Rank explained. “It’s a real cost when you move into a new home to be able to buy furniture.” 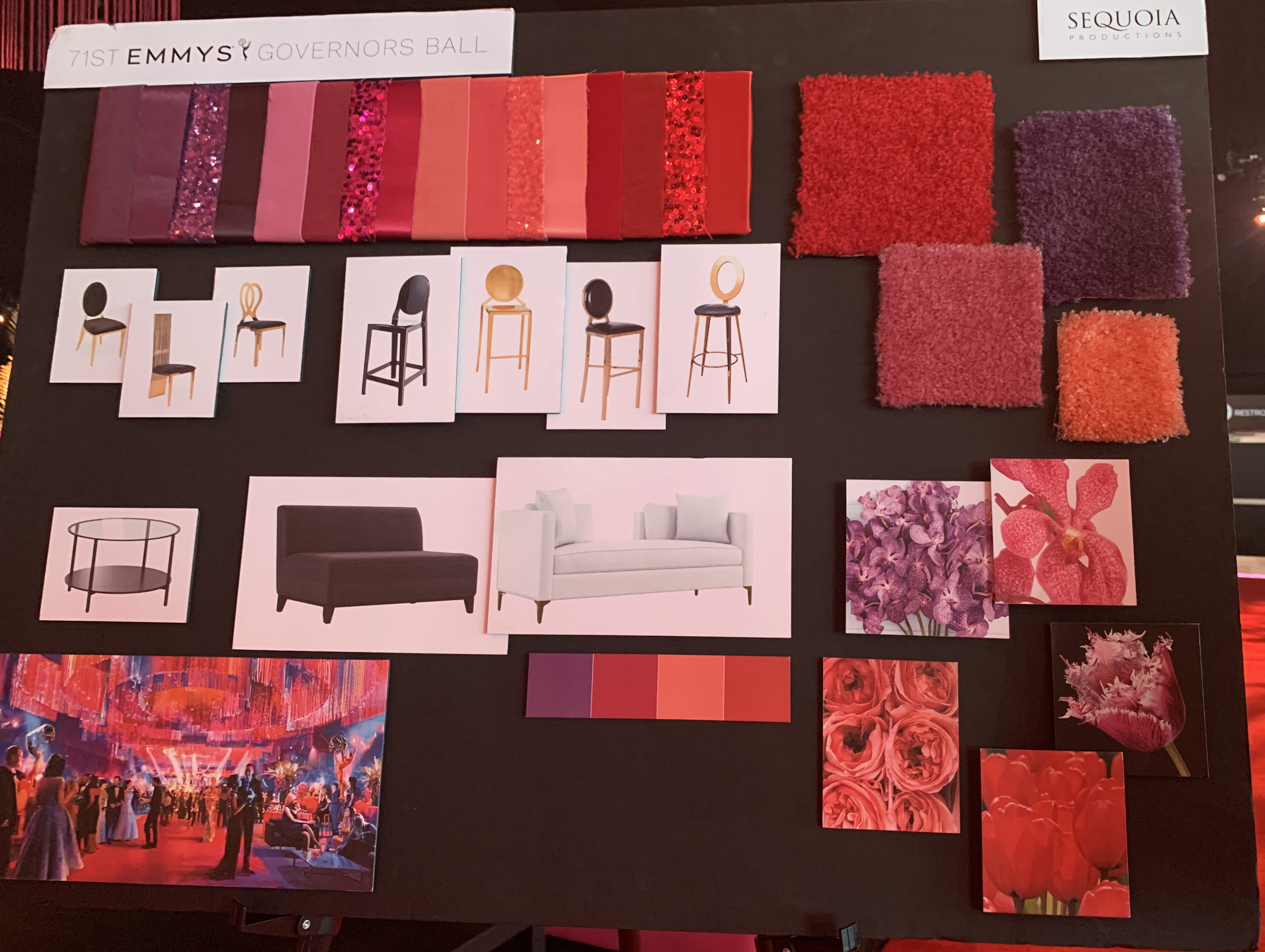 “We’ve always talked about being biodegradable and reusable and all that,” added Sequoia Productions’ Cheryl Cecchetto, who has been producing the event for more than 20 years. “We’ve always given away fixtures to theaters and [schools]… and very conscious every year of trying to make sure that we are giving back in some way.”

“Every year at the end, at about 11 o’clock, the [Los Angeles] Mission comes over,” Patina Catering chef and founder Joachim Splichal — who determines the events’ extensive gourmet menu — shared. “Whatever we didn’t use, they look at it and they take it away. That’s another thing we have done for the last 24 years.”

In addition to highlighting L.A.’s housing crisis, the annual after-party is taking note of its Los Angeles setting in other ways. For the second year, for example, the party will feature coffee from locally-based Don Francisco’s Coffee.

“My family came here from Cuba over 50 years ago and started a business in a very humble way,” Lisette Gaviña Lopez, Don Francisco’s Executive Marketing Director. “And just for us to be here, to be a part of the celebration, the festivities is just a huge honor. And Don Francis [her grandfather], I think he would be especially proud.”

In addition to cups of specialty joe and the brand’s new blend of espresso, the coffee brand will also be used in a cocktail by the Emmys’ official spirits partner Ketel One Vodka called the Moonlighter.

But the philanthropic nature of the event, doesn’t mean there will be any less glamour or decadence at the event, which is held on the L.A. Live Event Deck rooftop, just yards from the Microsoft Theater in Downtown Los Angeles. This year’s Governor’s Ball takes on the theme of “Brilliance in Motion,” based around glittering fountains and rich colors of magenta, coral, purple, red and Emmys gold and will feature floral arrangements from LA Premier; food and beverage from official partners Ferrari Trento sparkling wines, Sterling Wines (who provide a personalized engraved magnum bottle to the Emmy winners as they get their trophies engraved), Lindt Chocolate and FIJI Water; while L’Oreal Paris provides on-site makeup touchups and Audi provides transportation in their fleet of vehicles.