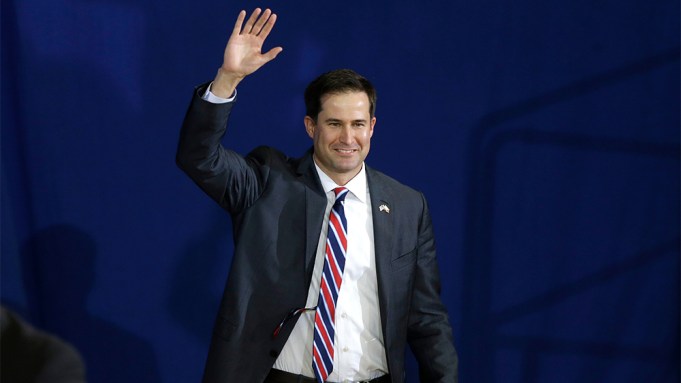 WASHINGTON — Rep. Seth Moulton (D-Mass.), an Iraq veteran who has diverged from Democratic leadership in the House in recent years, announced Monday that he is running for president, saying that “decades of division and corruption have broken our democracy.”

Moulton confirmed that he was running in an appearance on ABC’s “Good Morning America.”

He cast himself as different from other contenders, particularly on issues like healthcare, in which he said that he it was a “right” for Americans, but he would “not force you off your private healthcare plan.” Other contenders are backing a single-payer Medicare for All plan.

“I’m not a socialist. I’m a Democrat, and I want to make that clear,” Moulton said. “And maybe that is a differentiator for me in this race.”

Moulton is the 19th Democrat to announce a bid for the presidency, according to CNN, a field that is likely to expand even further this week. Former Vice President Joseph Biden is expected to announce his campaign this week.

His campaign debuted an announcement video in which he talked of joining the Marines and commanding a platoon in the first company of Marines into Baghdad. He said that he disagreed with the war in Iraq, but he was “proud” to serve. He plans to highlight national security and veterans issues in the race.

Moulton, 40, was first elected to the House in 2014. He has been a critic of House Speaker Nancy Pelosi and tried unsuccessfully to challenge her election to the speakership after the midterms.

He is starting his campaign in New York with a round of media appearances, and will travel to New Hampshire on Tuesday, South Carolina on Wednesday, Iowa on Thursday, and Los Angeles on Friday. There, he’ll appear on “The Adam Carolla Show” and “Take A Knee,” “Kick Ass News” and then Cheddar. He then will travel to Nevada on Saturday.