Scarlett Johansson on Running for Office: ‘Maybe at Some Point’ 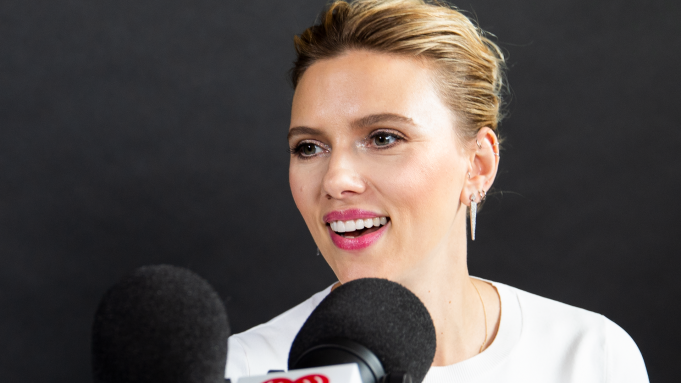 While she may not be running for office at the moment, Johansson says a campaign may be in her future.

“Maybe some time in the future,” she says when asked if her political activism has inspired her own aspirations. “I think the greatest way to effect change is in local politics. Maybe at some point in the distant future I will feel that calling, but I just haven’t.”

I caught up with Johansson while she was promoting “Avengers: Endgame” for the first episode of Variety and iHeartMedia’s new film podcast, “The Big Ticket,” hosted by yours truly.

She still hadn’t seen “Endgame” — the 22nd MCU movie — when we talked. “One thing I can say is that my hope is … this is a cathartic experience for the audience,” Johansson said. “I hope that it has a bittersweet, satisfying feeling for people.”

And despite the movie’s three-hour-and-one-minute runtime, Johansson thinks moviegoers won’t have any problems sitting straight through it. “I feel like people can handle three hours,” she said. “I don’t remember what the running time of ‘Infinity War’ was. It must have been somewhere around-ish the three-hour mark. I found it to be just riveting. It goes by really fast. I think it’s okay. I have faith people can handle it.”

And then she added with a laugh, “Bring some almonds!”

As for the upcoming Black Widow standalone movie, Johansson was tight-lipped because Disney and Marvel still haven’t officially announced it’s happening. Even so, why didn’t a Black Widow movie happen earlier?

“I think everything happens when it’s supposed to,” Johansson said. “All I’ll say is that I think I have a greater understanding of the character now than I ever possibly could have had before. Whatever iteration you see of this character, may or may not see of this character in the future, will be the better because of it.”

That’s not all the ScarJo we have for you. Make sure to check out the premiere episode of “The Big Ticket” below for the full interview as well as my chat with Brie Larson, who talks about the blockbuster success of “Captain Marvel,” LGBTQ representation in the MCU and more.

And because we can never get enough “Avengers,” the “Big Ticket” launch actually includes two more episodes with the stars of the mega-franchise. Following Johansson and Larson, part two will drop tomorrow featuring Chris Hemsworth, Jeremy Renner and co-directors Joe and Anthony Russo. Episode three with Paul Rudd, Don Cheadle and Karen Gillan will be released on Saturday.