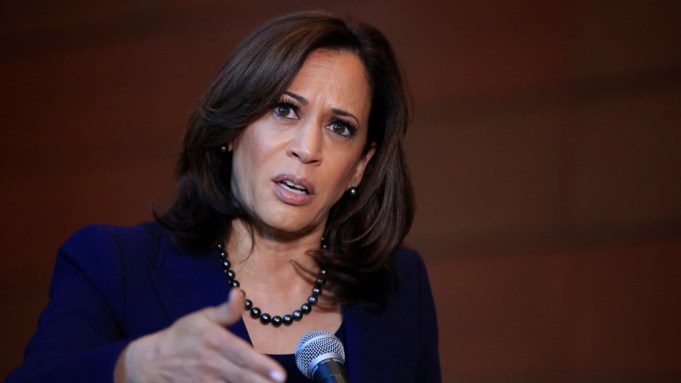 Sen. Kamala Harris (D-Calif.) has spoken out against Jussie Smollett after the “Empire” actor was charged by police for allegedly filing a false police report.

“Like most of you, I’ve seen the reports about Jussie Smollett, and I’m sad, frustrated, and disappointed,” Harris said in a statement posted Thursday on Twitter. “When anyone makes false claims to police, it not only diverts resources away from serious investigations but it makes it more difficult for other victims of crime to come forward.”

Like most of you, I've seen the reports about Jussie Smollett, and I'm sad, frustrated, and disappointed. pic.twitter.com/91OHOymShi

The presidential candidate also highlighted the rise in hate crimes in recent years, which she said was muddled by the recent Smollett scandal.

“Part of the tragedy of this situation is that it distracts from the truth, and has been seized by some who would like to dismiss and downplay the very real problems that we must address,” she wrote. “We should not allow that.”

“I will always condemn racism and homophobia,” she continued. “We must always confront hate directly, and we must always seek justice. That is what I will keep fighting for.”

Chicago police charged Smollett on Wednesday with disorderly conduct for filing a false police report after he told police on Jan. 29 that he had been attacked by two men who poured bleach on him and put a rope around his neck after using racial and homophobic slurs. Investigators now believe Smollett paid acquaintances Olabinjo and Abimbola Osundairo to help him stage the attack.

Soon after, Smollett surrendered to authorities and was arrested early Thursday morning in Chicago. He could face one to three years in prison, if convicted of the felony charge.

“No one should have to fear for their life because of their sexuality or color of their skin,” she wrote. “We must confront this hate.”

.@JussieSmollett is one of the kindest, most gentle human beings I know. I’m praying for his quick recovery.

This was an attempted modern day lynching. No one should have to fear for their life because of their sexuality or color of their skin. We must confront this hate.