Continue to Variety SKIP AD
You will be redirected back to your article in seconds
Sep 12, 2019 7:44pm PT 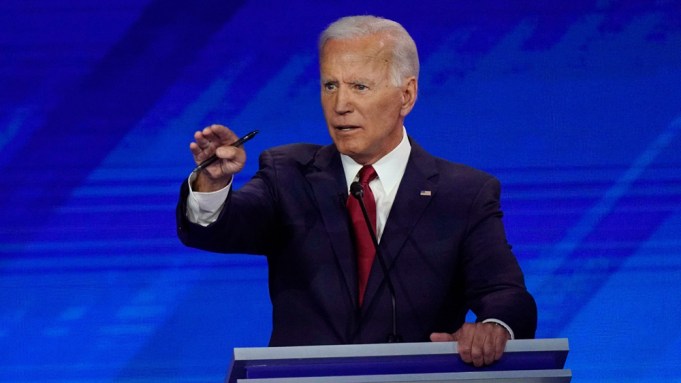 The chants came nearly two and a half hours in as moderator George Stephanopoulos asked the former vice president about any professional setbacks he’s faced and how he recovered from them.

According to multiple reports, the protesters appear to be referencing DACA, an American immigration policy that protected some children from deportation. The chant itself is unconfirmed.

Hecklers also took over the last democratic debate in July, in which protesters interrupted Senator Cory Booker’s opening statement in an effort to confront Bill De Blasio about his handling of a police case in which New York City police officer Daniel Pantaleo engaged in a fatal struggle with Eric Garner in 2014.

Later on, another group of protesters interrupted Biden by chanting “3 million deportations,” likely in reference to the number of people deported under the Obama administration.

Those chants came during Biden’s response to a question in which the moderator highlighted higher rates of deportation under the Obama administration than those under the Trump administration.