Jim Carrey Responds to Mussolini Granddaughter’s ‘Bastard’ Tweet About Him 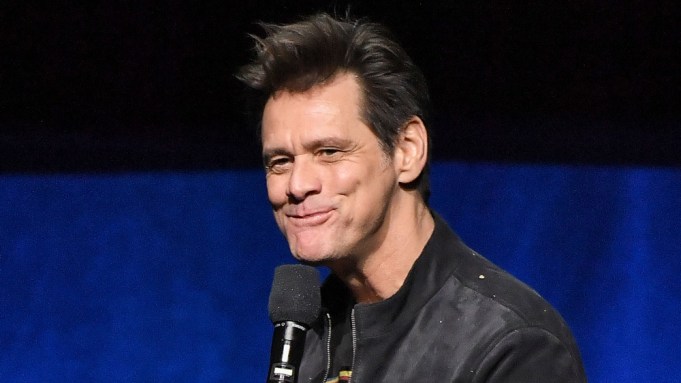 Jim Carrey had some choice words for Benito Mussolini’s granddaughter in response to their Twitter spat.

The actor and political artist recently stirred controversy by tweeting a drawing of Benito Mussolini and Mussolini’s mistress, Claretta Petacci, hung by their feet. He wrote, “If you’re wondering what fascism leads to, just ask Benito Mussolini and his mistress Claretta.” Alessandra responded on Twitter with, “You are a bastard.”

You are a bastard

Carrey said, “She can always flip the cartoon upside down. And it looks like her grandfather is jumping for joy because he just got the head count. There’s her solve right there. Just turn it upside down. Turn that frown upside down.”

Many of the actor’s cartoons have taken aim at contemporary politics, specifically lampooning Donald Trump. But he says it’s “too early” for him to comment on the 2020 presidential elections.

“I’ll check in the month before [when] some of the people have fallen off and these guys have honed their message and they know what they’re talking about,” Carrey said.

He said cable news is in the “game of keeping you hooked.” He continued, “It really is bad for us. It’s really terrible. Twenty-four-hour news was not a good development. For me, you know, just read a paper. That’s where they’re getting the news.”

“You can’t rely on these television shows. I’m not saying they’re not doing good work. Rachel Maddow is doing fantastic work, but 24 hours is too much,” the actor said.