George Clooney Confident Donald Trump Can Be Defeated in 2020 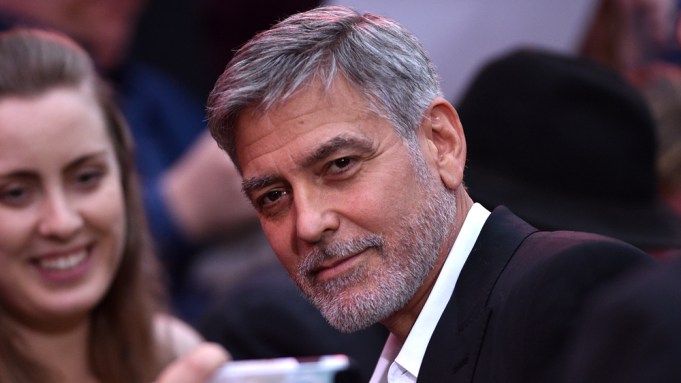 George Clooney isn’t ready to endorse any of the democratic candidates for president just yet.

“I’m going to stay out of the primaries, [but] I’ll fundraise for anybody that is out there that’s interested in trying to make this president a one-term president.” Clooney told Variety on Tuesday night at the Los Angeles premiere of Hulu’s “Catch-22.”

He continued, “I feel like part of the lessons you learn as you get older is it’s probably best not to commit in a primary, now. At this point in the primary… we have to kind of see who ends up being the nominee so that you can really support them in the general and I think that’s a better move.”

The Oscar winner is confident that President Donald Trump is beatable in 2020. “The narrow edge he took to get there in 2016 has all gone so yes, I do [think he can be beaten],” Clooney said. “We just have to not have third party candidates like [former Starbucks CEO] Howard Schultz.”

“I’m not a fan at all,” he said before pointing out that many politicos believe that President George H. Bush lost his presidency because of Ross Perot and “Ralph Nader took out Al Gore [when] he took out thousands of votes out of Florida and Gore lost by 400. Those have consequences, those kinds of moves.”

Clooney advised, “If [Schultz] wants to run as a Democrat as he says he is then you should run as a Democrat, not try and lead the process before you even got started. So no, I’m not a fan.”

Clooney also weighed in on the Sultan of Brunei’s recent announcement that he would no longer be enforcing the death penalty for LGBTQ people. Clooney has been a leader in calling for a boycott of hotels owned by the sultan after the country said in April it would impose the unfathomable punishment. The boycott has also urged bank and other financial institutions to take a stand and not do business with the hotels.

“It’s a gigantic step forward after a tremendous a step into the stone ages before that,” Clooney said. “But in fairness, the law is still in the books and they can change their minds so we have work to do.”

Clooney is cautiously optimistic that the boycotts could work. “You can’t shame the people who do crappy things, you can’t shame the bad guys,” he said. “Who you can shame is the people who are doing business with them. They don’t want to have their names attached to that. So when the banks jumped in and when the financial institutions jumped in, that changed the equation. That’s the kind of formula that can work in lots of countries.”