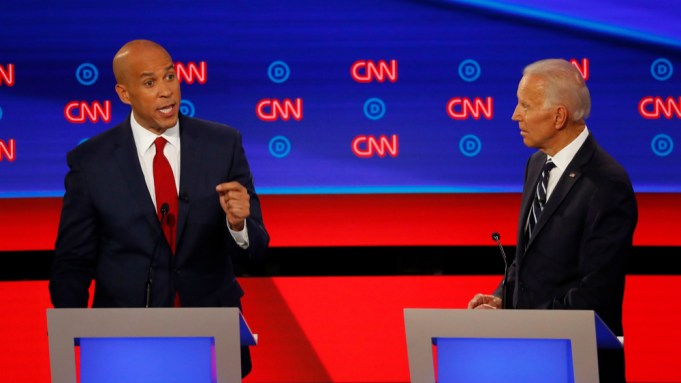 “This really irks me because I heard the vice president say that, ‘If you got a ph.d., you can come right into this country.’ Well that’s playing into what the Republicans want — to pit some immigrants against other immigrants. Some are from s—hole countries and some are from worthy countries,” Booker said. “We need to reform this whole immigration system and begin to be the country that says everyone has worth and dignity, and this should be a country that honors everyone. Don’t let the Republicans divide this party against itself.“

The statement appears to be in reference to a quote from President Donald Trump who reportedly asked during a January 2018 White House meeting, “Why are we having all these people from s—hole countries come here?”

“We are a country of immigrants. All of us. All of us. Some here came against their will. Others came because they in fact thought they could fundamentally change their lives and they did,” he said. “That’s what made us great. And the fact of the matter is, I think the president of the United States, Barack Obama, went out of his way to try to change the system and he got pushed back significantly.”