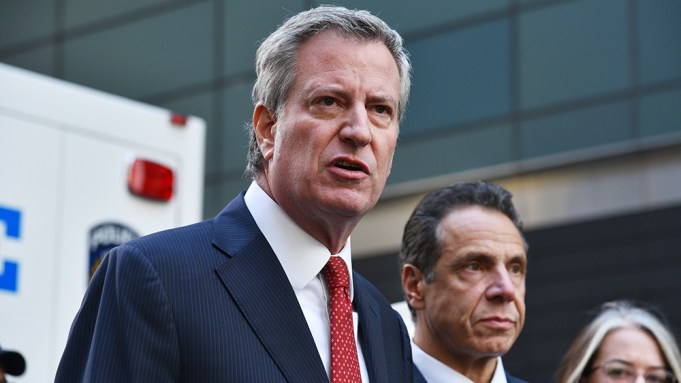 The protesters were chanting “fire Pantaleo” in reference to the mayor’s handling of a police case in which New York City police officer Daniel Pantaleo engaged in a fatal struggle with Eric Garner in 2014. Pantaleo allegedly choked Garner to death after he was stopped for selling untaxed cigarettes by the Staten Island Ferry Terminal. Soon after, a video of the scuffle — in which Garner can he heard saying “I can’t breathe” — went viral, prompting national discussions about the use of excessive force by police.

The chants come on the heels of news that federal prosecutors have dropped all charges against Pantaleo and are no longer pursuing a civil rights indictment.