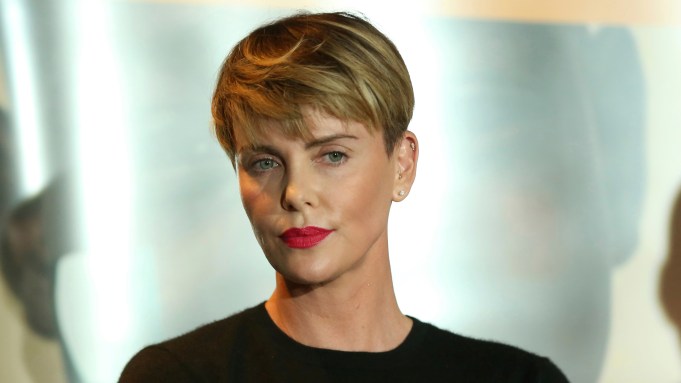 Charlize Theron, during an onstage discussion with her “Gringo” costar David Oyelowo about philanthropy at Thursday’s annual fundraiser for Nigerian children’s educational and health program GEANCO, said she was a beneficiary of “white privilege” while growing up in Apartheid-torn South Africa.

“I obviously am a white person who benefited from my white privilege,” Theron said of her South African upbringing. “I grew up during the Apartheid era, I benefited from it. These children [today] were all born post-Apartheid era. I feel like it’s my duty to not let them forget and to also let them know that there is [unity], that I am with them, that we are all standing together.”

Theron explained, “A lot of the places where we support grassroots organizations, who are the highest affected when it comes to AIDS and HIV in South Africa, are, I think it’s a no-brainer, very rural communities. A lot of those kids do not know who I am. Strangely, they always know that I am South African. And that’s heaven. It’s amazing to be around your sisters and to have that be the thing they know about you. It’s always moved me so much when they run up to me and say, ‘Hey, sissy!’”

Both Oyelowo and Theron have family lineage in Africa, as Oyelowo has Nigerian parents and lived part of his childhood in Nigeria. Oyelowo has attended the annual GEANCO L.A. fundraiser for several years, held this year at the SLS Hotel Beverly Hills.

In addition to Theron, Oyelowo was joined by members of his large family, including three sons, the oldest of whom was celebrating his 18th birthday, one daughter, wife, father, mother-in-law and others.

Oyelowo told Variety he is shadowing former Pres. Bill Clinton for the actor’s upcoming starring role as a U.S. president on Showtime’s pilot “The President Is Missing.”

“I was with [Clinton] this weekend at the opening of Tyler Perry’s amazing, amazing new studio, and we managed to carve out a good half-hour,” Oyelowo said. “It’s the first time you’re going to have a former president as a consultant on a show about the presidency. We should be getting some juicy stuff in there.

“[Clinton] will be [giving input] for the whole time,” Oyelowo said. “I’m always looking for ways to make things feel authentic, and to have him as a constant and consistent source of what that job entails is going to be invaluable.”

Both Oyelowo and Clinton will produce “The President Is Missing,” which is based on Clinton’s 2018 novel by the same name, coauthored with James Patterson, the latter of whom is also a producer on the show, which reportedly starts filming in 2020.