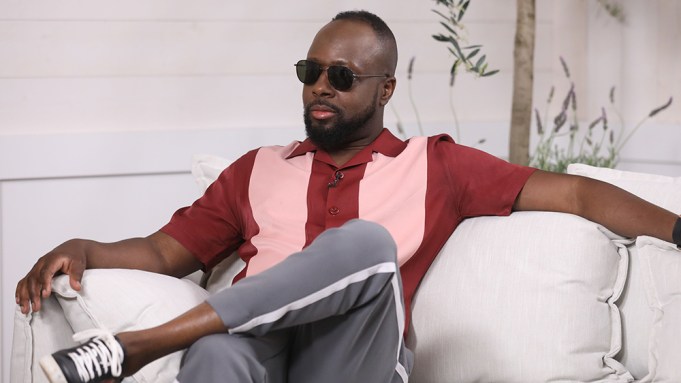 Wyclef Jean, the actor and rapper who performed the 2016 song “If I Was President,” is no stranger to politics, after trying to run for president of his native Haiti in 2010. At Cannes Lions, the annual advertising conference in the South of France, Jean talked about the future of music but his conversation with Variety also included him handicapping the 2020 presidential race.

“So Wyclef’s views on politics, if I was probably giving advice, I would really say to both parties, health care is very important,” Jean said. “And then you really have to look … I was a college student. We have to figure this thing out because you go to school and then you end up spending half of your life paying for the school. Something has to be wrong.”

Jean then broke down his playbook for the Democrats. “Of course, the economy is very important,” he said, as he advises that the Democrats focus on what they are going to do in office. “Remember, quote me on this, if the strategy is to take [President Donal] Trump head on with a verbal match of you say one thing, I’m going to say one thing, you have lost the match already because he’s the kid in the cafeteria—you got one [insult], he got one, and he’s constantly go back with you.”

He’s not sure who he’ll support for 2020 yet. “It’s too early to tell,” Jean said. “I like the young people. I think the young people push. I think some people in the Democratic Party are scared of them.”

And what about the early Democratic frontrunner Joe Biden, who is 76? “So let’s talk about Joe Biden for a second,” Jean said. “We had President [Barack] Obama. And we’ve seen Joe Biden as a candidate. I think that there are a lot of things that Mr. Biden’s going to have to do, because we’re sort of like in a new climate, we’re in a new environment. You see, the thing about politics, it’s different than rock and roll.” By that, he means too many years on the job could mean too much baggage.

“If I was playing chess, I would say Joe Biden’s strong point in this is going to be what’s the VP look like? What I loved about Obama was like, ‘Okay, well maybe there’s parts I don’t know, so I’ll get a senior in that sense to rock out.’ So I think, in my humble opinion, there has to be a revolution of some sort with the youth, galvanizing the youth. Who is galvanizing the youth?”

The Variety Studio at Cannes is presented by Inscape & iSpot.TV.