The two singers never share a carpet, or anything else, in the video for the "Aladdin" theme's remake. 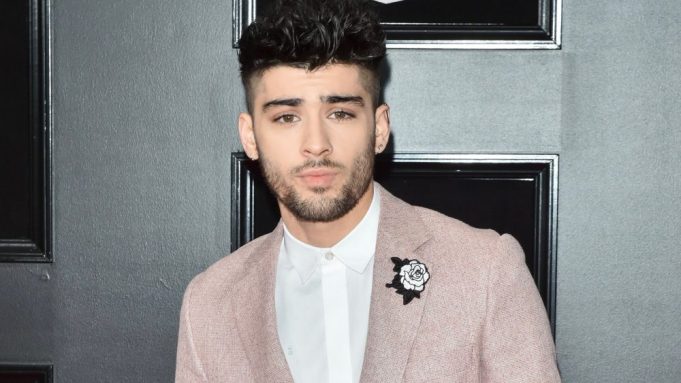 Take a look, if you will, at the brand new video Zayn and a female duet partner star in for the theme from “Five Hundred Fifty Shades Darker” … sorry, Disney’s live-action remake of “Aladdin.” The kind of woozy arrangement they’ve come up with for the classic “A Whole New World” sounds like it’d be at least as suitable for a blue movie as a romp about a blue guy. Which is maybe why the two stars aren’t allowed to get together on screen: Would it get too E. L. James-ian, if they did?

Zayn (sorry, style guidelines prohibit us from the all-caps stylization, although we will pretend to have forgotten his abandoned last name) pairs up here with Zhavia Ward, because in securing talent for the tune, they started at the end of the alphabet and didn’t work frontward. Or maybe because someone realized that, as cute couples go, these two are destined to have the greatest monogrammed towels ever, if Zorro doesn’t make off with them during the engagement party.

Or possibly there won’t be any parties, because these two never actually get together in the video. They sing the Alan Menken/Tim Rice classic not from a shared flying carpet but from atop separate skyscraper precipices, making it feel a little like a remake of “Sleepless in Seattle” that cuts off before the last five minutes. Has there always been such a hidden undercurrent of sheer longing in the song? The lyrics do say “No one to… say we’re only dreaming,” but maybe the would-be lovers have always protested too much? The sultry dreaminess of this updated arrangement, which takes the adult-contemporary classic just a little closer to an after-hours Mickey Mouse Club, reinforces that this is a flight of fantasy two solitary souls are sharing, never to be conjoined. Or perhaps their schedules didn’t coalesce… No, definitely yearning.

Zayn, of course, you know from One Direction, and also from “I Don’t Wanna Live Forever,” in which he secured top billing over Taylor Swift. (Never mind Donald Trump or any other tycoon — this kid is the all-time Great Negotiator.) Zhavia Ward, of course, you know from her ascendent candidacy on the Fox show “The Four: Battle for Stardom”… which, okay, is why you probably don’t know her at all. Together, they might smolder. Individually, they are left to pine. “Don’t you dare close your eyes,” but what they really mean is, this dream of true love will vanish if we open them. This might be the saddest song ever.