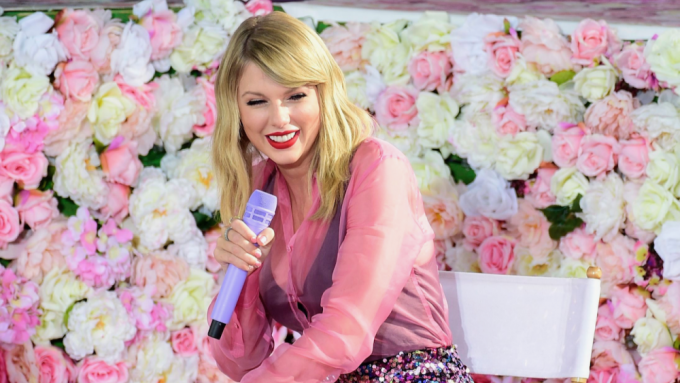 Taylor Swift went live on YouTube today to talk about the inspiration behind her new album “Lover,” dropping tonight.

Those who tuned into the live event on Swift’s YouTube channel were virtual attendees of the “Lover’s Lounge,” which included an acoustic performance of her already released single “The Archer,” a Q&A sesh and a behind-the-scenes look at the making of her seventh studio album.

“This album to me felt aesthetically to me very daytime, very sunlit fields,” Swift said when talking about the record’s theme compared to those from her past. “I wrote this from a perspective from a much more open, free, romantic whimsical place, and I’m so happy to share that with you soon.”

The “Blank Space” singer also touted the four deluxe editions that will also be released tomorrow, which include 30 pages from her old diaries. Swift read aloud a few entries for the audience, including one from middle school when she auditioned for the school chorus and another when she was 19, complaining about the happy couples she sees on Valentine’s Day.

After answering fan questions posted to YouTube, Swift introduced Stella McCartney to the stage, who collaborated with Swift in designing a merch line that’s debuting alongside the new album. Fitting the  whimsy and colorful aesthetic of the record, each piece costs less than $100 and was made sustainably. Pieces include marble tie-dye T-shirts, bomber jackets and sweatshirts.

Directly following the live event, YouTube released the official music video for the album’s title track “Lover,” which shows Swift and a beau (played by Christian Owens) as they fall in love in their own snow globe universe. Before wrapping up the stream, Swift explained that the snow globe alludes to a lyric in a song off her “1989” album, “You Are in Love,” in which she sang, “You two are dancing in a snow globe round and round / And he keeps a picture of you / In his office downtown,” a lyric she said was inspired by watching two best friends fall in love (whom she’d previously identified as then-couple Lena Dunham and Jack Antonoff).

“Lover” will be available to purchase and stream tonight at midnight ET/9 p.m. PT.