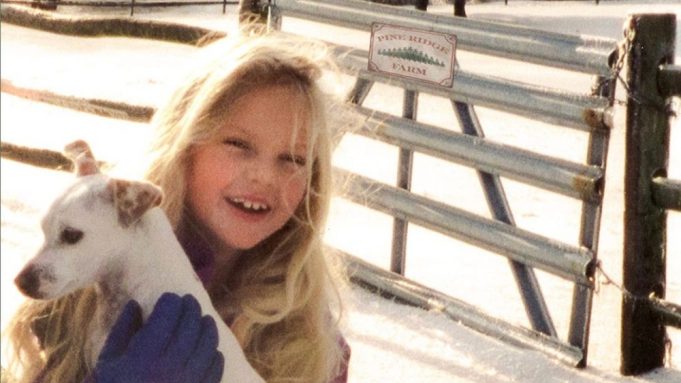 Taylor Swift may have set a “Farm”-to-market land speed record with the release of “Christmas Tree Farm” Thursday night, just four days after the tune was written, and with much less time than that since it was lushly orchestrated for maximum holiday glee.

The biggest revelation of the accompanying video — at least for anyone who hasn’t seen any of her family home movies before? Maybe just that 3-year-old Swift looks almost identical to 29-year-old Swift, as facial expressions go. And that Swift really did grow up on a Pennsylvania Christmas tree farm after all, despite conspiracy theorists who prefer to believe that she was raised by a cabal of Rockefellers. Also: collies and snow are an irresistible combination. But you knew that.

Her homey and hearth-y song was released to digital services at midnight Thursday, while Swift’s fans were definitely not tucked asleep in their beds, as they’d been tipped off to her release by an announcement on “Good Morning America” earlier in the day.

And we do mean her release. The end title card on the music video reads simply “© 2019 Taylor Swift,” which is exactly the way the record company credit reads when you look the song up on iTunes. In other words, her contract with Republic allows her to put at least some of her masters out there on the market immediately, without any label middleman, if the holiday whim strikes her.

From the description of things, this was very whim-ish. According to her camp, Swift really did write the song just this past Sunday, December 1. It sounds less spontaneous than that, given the strings and gospel singers that appear on the tune, which Swift wrote solo and co-produced with Jimmy Napes (best known as Sam Smith’s collaborator). But if anyone can acquire a choir and orchestration on the spur of the moment, it would be Swift — who apparently was not fictionalizing the part about missing home, since credits show she recorded it far, far from firs at London Lane Studios in the UK (which is at least a home for the transatlantically smitten singer for the holidays).

Swift seemed overdue for a holiday release, since she’s done a lot of maturing since “The Taylor Swift Holiday Collection” was released between her first and second albums in 2007. But “Christmas Tree Farm” harks back to an even less seasoned period in her life than that… although she can’t resist rhyming one grown-up Christmas list item, “mistakes are forgiven,” with “sweet dreams of holly and ribbon.”

With its vintage VHS footage of frolicking dogs as well as tots, the video seems to be cat-free. But don’t get too used to that for Christmas.