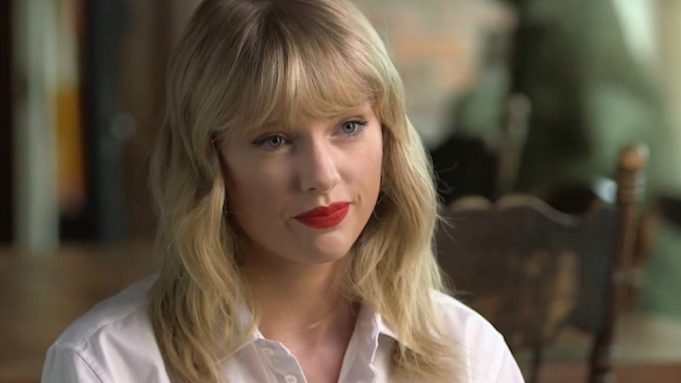 In an interview with “CBS Sunday Morning,” Taylor Swift charged that the president of her former label, Big Machine’s Scott Borchetta, has a selective memory when it came to recalling just how she’s long felt about Scooter Braun, who acquired her catalog when his Ithaca Holdings purchased the record company.

“I knew he would sell my music; I knew he would do that,” Swift told the program’s host, Tracy Smith. “I couldn’t believe who he sold it to, because we’ve had endless conversations about Scooter Braun. And he has 300 million reasons to conveniently forget those conversations,” she said — referring to the reported $300 million-plus Braun’s company put out to acquire the Big Machine Label Group.

Swift also again denied assertions that she knew the Big Machine/Braun deal was in the works ahead of time or that she was feigning surprise on the day it was announced.

“I found out when it was online, like, when it hit the news,” Swift reiterated.

“Nobody in your inner circle knew?” asked Smith.

The interview included the previously released comments in which Swift first said that she planned to re-record her Big Machine back catalog. What wasn’t seen until now is the big smile the singer had on her face when she answered “Yeah, absolutely!” to Smith’s question about whether she planned to go into the studio to do fresh versions of her old albums, as a response to having her master recordings owned by a mogul she considers her nemesis.

On the day the deal was announced, Swift declared on social media that the sale to Braun was her “worst case scenario,” and reposted an image of Braun laughing with superstar client (and Swift antagonist) Kanye West that Justin Bieber had posted to take a shot at Swift. Bieber later apologized while insisting that Braun hadn’t meant to take part in the troll and that Swift was “crossing a line” with her reaction.

In other parts of the CBS interview, Swift discussed some of the songs from her new album, “Lover,” which was released Friday, including “The Man,” which deals with sexism and double standards powerful women face.

“You’re always going to have people going, ‘Did she write her own songs?,’ talking about your personal life, talking about your dating life,” Swift said. “There’s a different vocabulary for men and women in the music industry, right? A man does something, it’s ‘strategic’; a woman does the same thing, it’s ‘calculated.’ A man is allowed to ‘react’; a woman can only ‘overreact.'”

Smith asked if Swift includes a song addressed to her “haters” on every album, a la the new one’s opening track, “I Forgot That You Existed,” which contends that she now feels “indifference” toward someone who’d taken her on — presumably, West.

“Do you believe in forgiveness?” Smith asked.

“Yes, absolutely,” Swift said, “like, for people that are important in your life who have added, you know, who have enriched your life and made it better, and also there has been some struggle and some bad stuff, too. But I think that, you know, if something’s toxic and it’s only ever really been that, what are you gonna do?”

The interview also touched on “Soon You’ll Get Better,” a song about a loved one dealing with serious illness. The song is believed to have been sparked by her mother’s cancer, although, as with the presumably West-inspired track, Swift basically confirmed the circumstances without naming any names.

“There’s one song on the album called ‘Soon You’ll Get Better’ that it’s, I can’t even really hear. I can’t even listen to it.,” said the singer. “It’s really interesting because I don’t think I have written a song quite like that before. And it’s just sort of, like, it’s just a tough one.. … It’s just not something that we deal with until we have to, until we see it, until we experience it, until someone close to us is going through something like that. And so, writing about it was really emotional. And I’m just gonna stop talking about it now.”