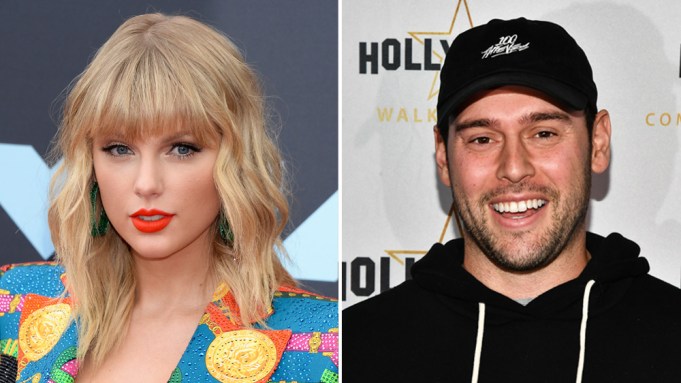 With Taylor Swift’s Netflix documentary “Miss Americana” set to open the Sundance Film Festival in Jan. 2020 comes word that all of her older material has been cleared for use in the film.

The documentary was a flashpoint in the latest public flare-up over Scooter Braun’s acquisition of Big Machine Label Group, and with it the rights to Swift’s first six albums: She claimed that Big Machine was blocking her from using songs from that catalog in the documentary.

But according to a source, Swift’s “songs have been cleared” and the clearances were granted within a timely manner. That’s not to say there’s been any direct communication between the artist and the businessman. An insider says that, after Braun’s social media plea to sit down and talk — and following threats to his family in the wake of Swift’s own Tumblr post titled “Don’t Know What Else to Do” —  “she refuses to have a conversation.”

“Miss Americana” was directed by Lana Wilson and offers “a raw and emotionally revealing look at one of the most iconic artists of our time during a transformational period in her life as she learns to embrace her role not only as a songwriter and performer, but as a woman harnessing the full power of her voice,” according to a release of the lineup.

On Nov. 22, Braun took to social media out of safety concerns. “I have no choice other than to publicly ask for us to come together and try to find a resolution,” he wrote. “I have tried repeatedly through your representatives to achieve a solution but unfortunately here we are. This game of telephone isn’t working.”

Speaking to Variety last month at a conference hosted by the Hollywood Chamber of Commerce, Braun said of the public squabble: “People need to communicate, and when people are able to communicate, I think they work things out. I think there are a lot of real problems in the world, and I think that these problems that are being discussed can be discussed behind closed doors and figured out pretty easily, and it’s something I’ve wanted to do for six months. And it’s hard, because I can handle it pretty easily, but when it gets to a place where there’s death threats and there’s offices being called and people being threatened…  it’s gotten out of hand. And I think people need to come together and have a conversation, because that’s not what we got in this industry for.”