Smokey Robinson Defends J. Lo’s Motown Tribute at the Grammys: ‘Anyone Who Is Upset Is Stupid’ (VIDEO) 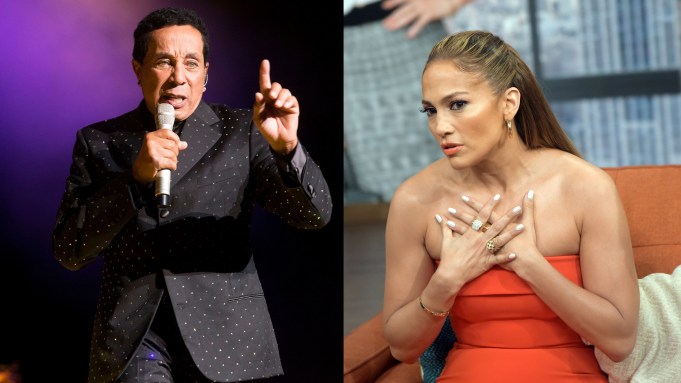 One of Motown’s biggest legends, Smokey Robinson, hit back at criticism over whether or not Jennifer Lopez should be leading the Motown tribute at Sunday’s Grammy Awards.

Speaking to Variety’s Marc Malkin outside Clive Davis’ pre-Grammy gala on Saturday, Robinson, who’s also performing in the Motown tribute alongside J.Lo, said Lopez has more than enough credibility “growing up in her Hispanic neighborhood” in the Bronx. But that’s not the point, he said.

“Motown was music for everybody. Everybody,” he repeated.

“Who’s stupid enough to protest Jennifer Lopez doing anything for Motown?” he asked.