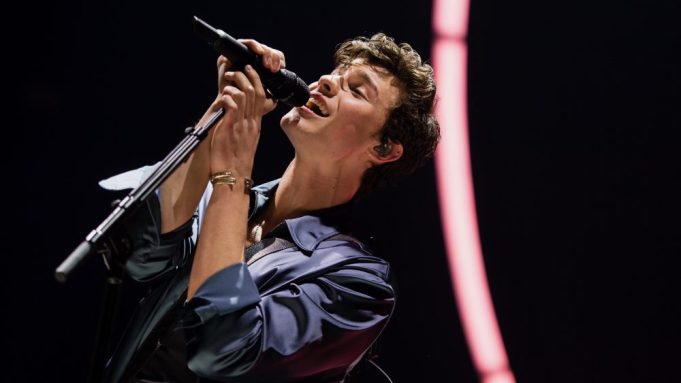 Shawn Mendes has released a new single titled “If I Can’t Have You” alongside an accompanying music video.

On Apple Music’s Beats 1, Mendes told Zane Low that “it’s a confident pop record and it’s clearly that for me.”

“I’m going through this phase right now where I’m testing out all the styles I can possibly be doing,” he continued. “Pop is what’s in my blood — no pun intended. In the last six months I wrote about 45 songs and they’re all over the place and different vibes. This is the one consistently every time I played for myself and for friends and family was giving people that smile.”

Mendes just wrapped the European leg of his world tour, and has more than 100 dates left throughout North America, Latin America, Australia, New Zealand and Asia. He recently performed at the 2019 Grammys ceremony alongside Miley Cyrus for a tribute to Dolly Parton, who was honored with the Person of the Year award. The duo sang “Islands in the Stream” after linking up via Instagram DMs.

See the album art below and watch the video above.