Continue to Variety SKIP AD
You will be redirected back to your article in seconds
May 15, 2019 3:02am PT

Selena Gomez: ‘Social Media Has Been Really Terrible for My Generation’ 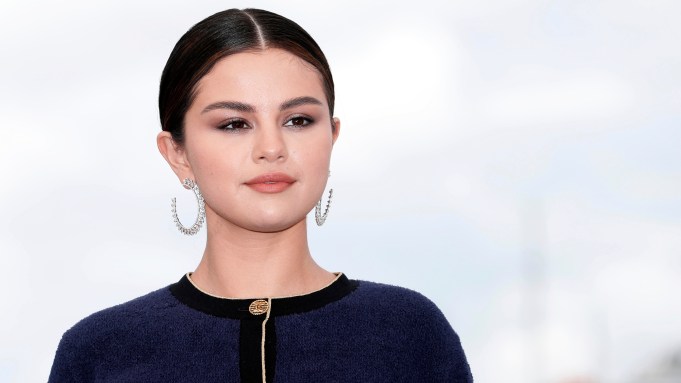 Selena Gomez took a moment at the Cannes Film Festival to lament a culture where everyone lives on their phones.

“I think our world is going through a lot,” Gomez said at a press conference in the South of France on Wednesday morning. “I would say for my generation, specifically, social media has really been terrible. It does scare me when you see how exposed these young boys and young girls are. They are not aware of the news. I think it’s dangerous for sure. I don’t think people are getting the right information sometimes.”

Gomez has more than 150 million Instagram followers, but she said that she’s learned to be selective about what she posts. “I think it’s pretty impossible to make it safe at this point,” Gomez said. “I’m grateful I have the platform. I don’t do a lot of pointless pictures. For me, I like to be intentional with it. It just scares me. I’ll see these young girls at meet and greets. They are devastated, dealing with bullying and not being able to have their own voice. It can be great in moments. I would be careful and allow yourself some time limits of when you should use it.”

Gomez is at the 72nd Cannes Film Festival with a role in this year’s opening night movie, Jim Jarmusch’s “The Died Don’t Die,” which premiered on Tuesday. The zombie movie starring Bill Murray, Tilda Swinton, Adam Driver and Chloe Savigny opened to mix reviews. But that didn’t seem to bother Jarmusch.

“I think zombies as a metaphor is so laden,” the director said. “I think some of the thing I read this morning about our film were things that honestly hadn’t occurred to me. I think the metaphor is stronger than I was aware of.”

Jarmusch said that he was influenced to make “The Dead Don’t Die” by George Romero’s 1968 classic “Night of the Living Dead” and other horror movies. “As a child I saw the universal monster movies, which had a big impression on me, especially Dracula,” Jarmusch said. “I’m more of a fan of vampires than zombies. There are many horror directors that I love, some even contemporaries like Sam Raimi. I like John Carpenter’s films. I have a wide interest in all films. My expertise is not in horror film although I’ve absorbed a lot of them.”

The cast was a reunion of sorts for the director. Swinton starred in Jarmusch’s “Only Lovers Left Alive.” And Murray appeared in “Broken Flowers.”

“Speaking only for myself, I would say I’m at my best when I’m working for a living,” Murray said. “When I’m not working, I’m lazy. I feel the vitality of film is a representation of the best of my current state of consciousness. I’m a better person when I’m working on a film. The two are close for me. The state of a work of my film is a high point of a week or month or a year.”

The need for more women directors at Cannes has been at the forefront of this year’s festival. “I would remind us that women have been making films for 11 decades now,” Swinton said. “There are countless films by women out here. The question is why don’t we know about them?”

Swinton encouraged everyone in the room to raise awareness. “We have our female filmmakers—some of them are working bars,” she said. “Some of them can’t get into school That’s where we need to start. We need to look at the canon. It all exists. We just need to really pay attention to it.”