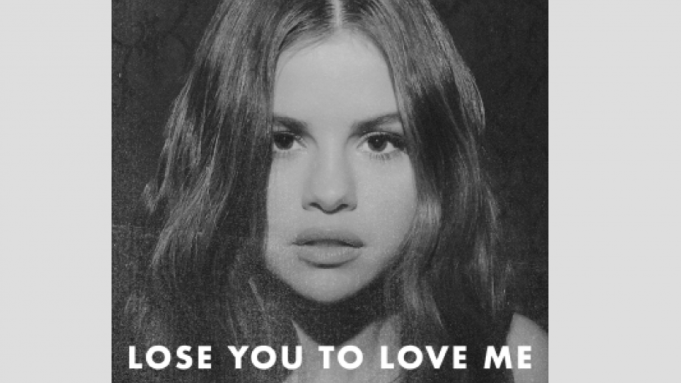 Ever since she released “The Heart Wants What It Wants,” which served as a half-humbled, half-defiant apologia about her relationship with Justin Bieber, Selena Gomez has managed to otherwise successfully avoid the subject, at least in song, of the troubled coupling that fascinated so much of the world. Five years later, she’s returned to the scene of the crime, damaged but deeply hopeful, in “Lose You to Love Me,” a single and video that got a lot of instant love as a midnight release late Tuesday night.

Gomez doesn’t go quite as far as old friend Taylor Swift traditionally has in dropping highly specific details that make it clear to the attentive who and what sparked a song. But one lyric alone establishes a timeline that leaves no doubt that the ballad is a product of some dark days this calendar year. “In two months, you replaced us / Like it was easy / Made me think I deserved it / In the thick of healing,” she sings in the second verse — and few pop fans will have to Google her 2019 to do the math on how long it was from her reported breakup with Bieber before he was seen out and about with his fiancé-to-very-shortly-be.

The black-and-white video by director Sophie Muller seems potentially designed to act as a bookend to the similarly monochromatic clip for “The Heart Wants What It Wants,” too. What’s different this time is that Muller has Gomez facing the camera head-on from start to finish in this one, as opposed to the tellingly averted gazes of 2014. Within that limited visual scheme, Gomez gets to do a whole actor’s exercise in shifting moods, appearing alternately heartbroken, distressed, distracted, pissed, prayerful and finally — with the slightest upturn of her mouth serving as the video’s climax — contented.

“This song was inspired by many things that have happened in my life since releasing my last album,” Gomez said in a statement accompanying the clip. “I thought it was important to share the music, as I know many can relate to the fact that the road to self-discovery generally comes through the scars in one’s life. I want people to feel hope and to know you will come out the other side stronger and a better version of yourself.”

The lyrics leave little doubt that Gomez felt sideswiped and boondoggled by her ex. “I gave my all and they all know it,” she sings, suggesting that maybe not just close friends but an entire watching world was witness to her devotion. The opening lines set out her sense of self-abnegation: “You promised the world and I fell for it / I put you first and you adored it / Set fires to my forest / And you let it burn / Sang off-key in my chorus / ‘Cause it wasn’t yours.” Her conclusion rests in some tough self-love: “I needed to hate you to love me.” In other words — possibly better years late than never — the heart says buzz off to what it wants.

The song represents a collaboration between Gomez and some of the hottest names in the business, including previous co-writers Julia Michaels and Justin Tranter; the Swedish producer-writer team of Mattias Larsson and Robin Fredriksson, aka Mattman & Robin; and someone newer to her team, and to the world of pop collabs in general, Finneas, of Billie Eilish fame (who’s credited with additional production).

There’s also an unusual collaborator on the video: the iPhone 11 Pro. Apple released its own excerpt of the video as part of a campaign, with the #shotoniphone hashtag also appearing on the full-length video release on Gomez’s channels.

Although Gomez has released several one-off singles in the long layoff between albums (her last full-length effort, “Revival,” came out in 2015), including the 2017 hit “Bad Liar” and several upbeat big-name collaborations, “Lose Me to Love You” is said to be the leadoff single for her next album, believed to be in the pipeline for later this fall.