A debate over which Rolling Stones album is the best can have felonious results, but this near-lifelong fan will make the case for 1969’s “Let It Bleed” — the second in the group’s grand-slam of consecutive classics that began in 1968 with “Beggars Banquet” and concluded four years later with “Exile on Main Street.”

Unlike any other Stones album, “Let It Bleed” — and its concurrent single, “Honky Tonk Women,” one of the greatest rock songs ever conceived — has no weak tracks and, indeed, nary a dull moment. It finds Mick Jagger and Keith Richards at the peak of their songwriting acumen, and its mix of sex, opulence, decadence and menace established the brand the Rolling Stones have purveyed ever since. Ironically, it was made while the band was splintering — long-declining founding guitarist Brian Jones was ejected during the sessions and replaced by Mick Taylor, leaving Richards to handle nearly all of the guitar work — yet it finds them musically stronger than ever.

The recordings sprawled over several months in London, but the group decamped to Los Angeles for three months in the fall of 1969 to finish the album and prepare for their first U.S. tour in three years, renting Stephen Stills’ mansion in Laurel Canyon, bringing in top local musicians (pianist Leon Russell, violinist Byron Berline and Merry Clayton, who turns in one of the most iconic featured-backing-vocalist spots in rock history on “Gimme Shelter”) and hobnobbing in the L.A. recently depicted in “Once Upon a Time in Hollywood.” The atmosphere of the city at the time — both the waning euphoria of the Age of Aquarius and the apocalyptic doom of Manson and Vietnam — are present in the grooves of the album as well.

As it did on the 50th anniversaries of the Stones’ two preceding albums, Abkco, which holds the rights to the band’s pre-1971 material, is releasing a deluxe, remastered edition of “Let It Bleed” on Nov. 1. Like the earlier re-releases of “Beggars” and 1967’s “Their Satanic Majesties’ Request” and the catalog in mono, there’s a lovely deluxe booklet loaded with photos, and various other accoutrements (including a 7″ vinyl single of “Honky Tonk Women”). But what really matters is how it sounds, and this week Variety got an exclusive guided sonic tour of the album from the company’s ace in-house engineer, Teri Landi.

Like the Beatles’ catalog, the Stones’ ‘60s canon has been revamped several times already, so another one has to be special. And even though the pristine sound in Landi’s studio is hardly a fair representation of how most mortals will hear this album, the dramatic upgrade in sound is impossible to miss. The vocals are cleaner than ever, the drums pop and rumble and snap, and the bass is actually audible (Bill Wyman’s stellar playing is usually buried in the original mixes). But where this remaster really shines is in the guitars and the sophistication of the production (courtesy Jimmy Miller and chief engineer Glyn Johns) and the arrangements. This is a group who was considered a band of drug-addled miscreants at the time — okay, some of them were — yet this close inspection of their work shows a professionalism and attention to detail that is easily on a par with the best music of the era. The remastering brings the sound a digitally enhanced detail that retains its analog warmth and the simultaneously uptight and laid-back feel that all of the Stones’ best material possesses.

So what’s lurking in these newly rescrubbed grooves? “Gimme Shelter” reveals a previously obscured lead guitar part and a seemingly astonished “Yeah!” from Jagger during Clayton’s soaring vocal, but most striking of all is the way Richards’ chiming rhythm guitar drives the song as much as the drums; his preternatural sense of rhythm and the way he locks in with drummer Charlie Watts have always been the heart of the Stones’ sound. On “Country Honk” and “Let It Bleed,” the percussive click of his guitar pick is as loud as the guitar itself and adds a whole other rhythmic element to the songs. But Richards’ greatest guitar work on the album comes during the long instrumental middle section of “Midnight Rambler.” Jagger is the one soloing, with perhaps his greatest recorded harmonica playing, but in the background at least three separate guitar tracks are working together like a simple-seeming but actually quite elaborate jigsaw, bringing rhythm, texture, structure and melody to the song. A slide guitar part sneers alongside two chugging rhythm guitars, which call and respond to each other and to the harmonica like a field holler.

Yet the album’s masterpiece comes last, with the closing “You Can’t Always Get What You Want” — and no matter how many times you’ve heard it, you’ll hear something new in this remaster. A close listen reveals just how many elements work together in the song: In addition to the core band, there are several percussion instruments, a French horn, piano, organ, three backing singers and a full choir, along with two very big musical brains in the form of Phil Spector veteran Jack Nietzsche, who arranged the choir, and frequent Bob Dylan sideman Al Kooper. The song’s mix is an olympic feat in itself, with instruments shifting quickly from the background to the foreground, and nearly all of them playing together on the song’s long fade-out. But most striking of all is the choir: On previous editions, you’d notice their prominent role at the song’s beginning, and on the fade they’re just kind of in the background. But a close listen reveals how intricate their part is: During the close, the choir’s female singers go up an octave, then another, and then another, until they’re practically shrieking at the peak of their range.

And with that, the Rolling Stones’ Abkco era comes to an end — the next album to be released was 1970’s live “Get Yer Ya-Ya’s Out,” which already got a masterful reissue treatment in 2009, and the next studio album was “Sticky Fingers,” which did in 2015. So what’s left? While the studio outtakes from the Stones’ early and mid-‘60s sessions are slim pickings — hey, a couple of the songs that were released at the time are pretty feeble — both “Beggars Banquet” and “Let It Bleed” have ample and fascinating outtakes. From these sessions, there’s a version of “You Got the Silver” with Jagger singing instead of Richards and a version of “Gimme Shelter” with Richards singing instead of Jagger. There’s a full — and awesome — early version of “Loving Cup,” along with early takes of “Sister Morphine” and “All Down the Line” and others that appeared on their next couple of albums. There’s a long blues workout with stinging lead guitar from Taylor called “Hillside Blues,” and several intriguing but not-fully-realized songs — “Jiving Sister Fanny,” “I’m Going Down,” “I Don’t Know Why” — that emerged on the dreadful contractual-obligation compilation “Metamorphosis.” And who knows what else is in there? Those outtakes remain some of the few unturned stones (sorry) of the rock era.

As the ongoing barrage of 50th-anniversary releases shows, 1969 was a staggeringly great year for rock music: At its close, “Abbey Road,” “Led Zeppelin II” and this album occupied the Top 3 on the Billboard albums chart, with two Creedence albums and Crosby, Stills & Nash in the Top 10 (and Santana, The Band, Elvis Presley, Joe Cocker, the Jefferson Airplane and the “Easy Rider” soundtrack in the Top 20). And while there’s no shortage of great music being made today, the remaster of “Let It Bleed” shows just how high those groups set the bar all those years ago. 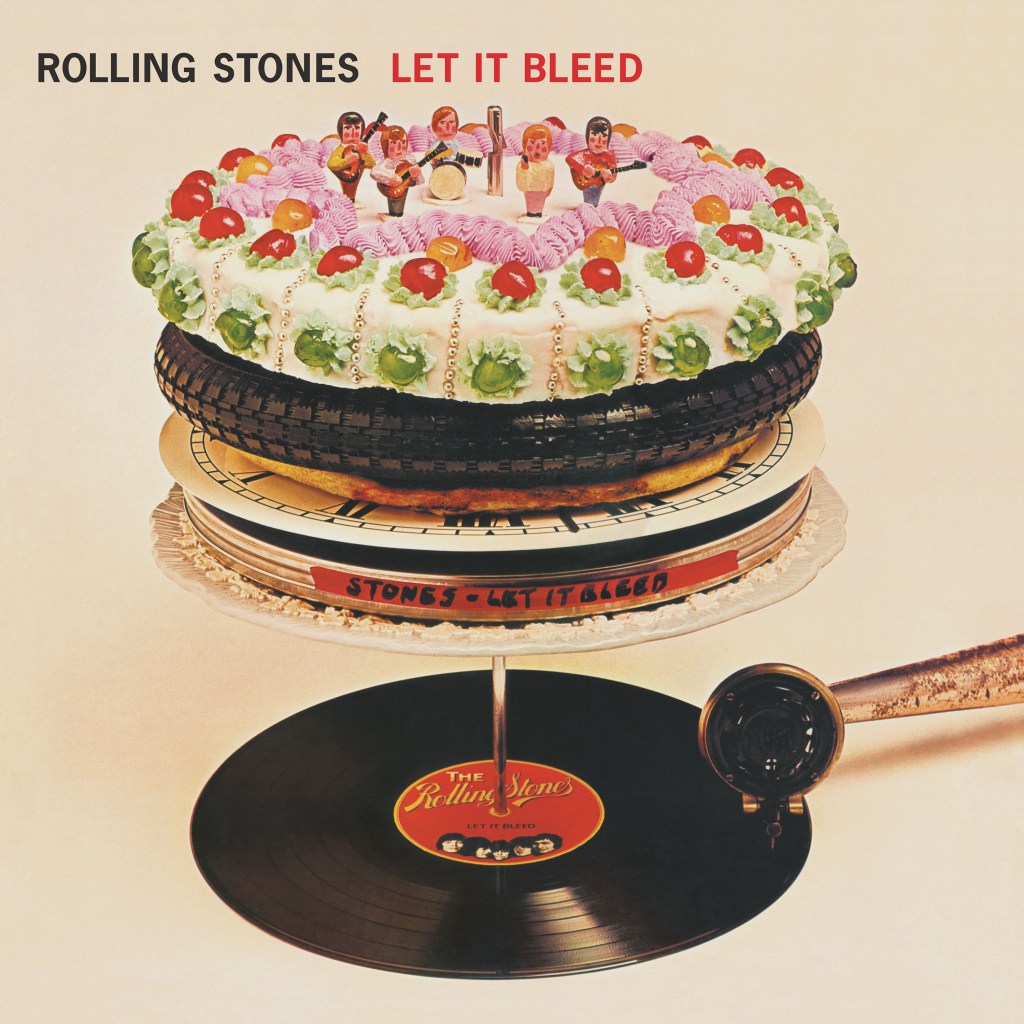