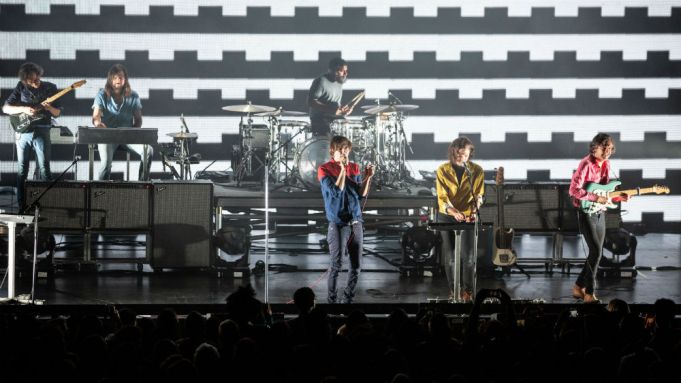 Just hours after Lady Gaga apologized for recording a song with R. Kelly, French alt-pop group Phoenix has issued an apology for their 2013 collaboration with the artist, who is accused of sexual misconduct against multiple women in last week’s Lifetime documentary series “Surviving R. Kelly,”

“We are deeply horrified by the stories of abuse surrounding R. Kelly,” the band wrote. “We regret that we were not both more informed and more discerning when we worked with him previously,” they said, referring to a 2013 Coachella appearance and a remix of the band’s hit “Trying to Be Cool” featuring the singer.

We are deeply horrified by the stories of abuse surrounding R. Kelly.
We regret that we were not both more informed and more discerning when we worked with him previously. We fully support all victims of sexual abuse, and it's our hope that there will be a path to justice.

Continuing with a message of support for victims of sexual abuse, the band wrote, “it’s our hope that there will be a path to justice.”

Late Tuesday, Gaga posted a long message on social media apologizing for “What Do U Want,” her 2013 collaboration with Kelly, which she performed with him on “Saturday Night Live” in a sexually-themed context. The song’s lyrics include the lines, “Do what you want with my body, don’t stop, let’s party.” She said she intends to have the song removed from streaming and download services.

“I can’t go back, but I can go forward and continue to support women, men and people of all sexual identities, and of all races who are victims of sexual assault,” Gaga wrote on Twitter.

I stand by anyone who has ever been the victim of sexual assault: pic.twitter.com/67sz4WpV3i