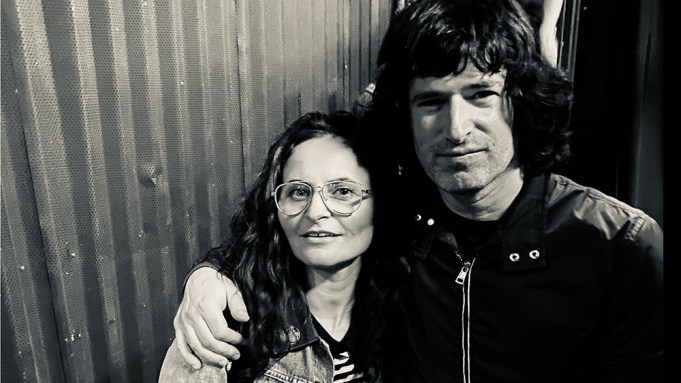 Ten years before “Señorita,” another famous twosome recorded a romantic duet together: Pete Yorn and Scarlett Johansson, who joined forces on “Relator.” It was the first single from an entire album of collaborations, 2009’s “Break Up,” which was inspired by the songs of Serge Gainsbourg and Brigitte Bardot, but fans hardly ever got to hear it at Yorn’s concerts. The last time he performed “Relator” was during his “You and Me” acoustic tour in 2015 … until this week. At Yorn’s Thursday night show at Los Angeles’ El Rey Theater, the encore served up a special surprise.

“I want to bring my friend Rain Phoenix out,” Yorn announced from the stage, referring to his opening act and sister of actor Joaquin Phoenix and the late River Phoenix. “We’re gonna do a song — it’s a duet — and I don’t really get to sing it too often with a nice girl. The one I originally sang it with is very talented [but] she has a day job. And she’s very busy being nominated for awards right now.” Yorn, the brother of top Hollywood agent Rick Yorn, was singing the praises of Johansson, who is up for double individual movie nominations (“Marriage Story” and “Jojo Rabbit”) at the SAG Awards as well as a Golden Globe for the former film, Netflix’s divorce drama co-starring Adam Driver.

“Rain is here and I’m excited to sing it with her for the first time,” said Yorn, who accompanied Phoenix on acoustic guitar. And he wasn’t kidding: They didn’t even soundcheck their performance. “We rehearsed it twice backstage in his dressing room,” said Phoenix, who barely had time to learn the words. “I was hiding the lyrics in my hat.” Added the singer-songwriter, who is on the road to promote her debut solo album, “River”: “I’ve always been a fan of Scarlett’s voice — and while I don’t think I could ever fill her shoes, I’m so grateful Pete asked me to step into them for this tour.”

There are only three dates left: Tonight in Ventura, Sunday in Sacramento and Monday’s final stop in San Francisco.

In related Yorn news, he just released a new album entitled “Caretakers,” which features other well-known vocalists on two different covers of “Suspicious Minds” — Liz Phair on the first and on the second, Elvis’ original backup singers.