M-M-My Mom Sharona: A Daughter Reflects on the Knack Hit as It Turns 40

“Ooh, my little pretty one, my pretty one… When you gonna give me some time, Sharona?”

And with that, the birth of the Knack’s 1979 hit, “My Sharona,” which turned 40 this month. Nary a day goes by without hearing it on the radio. Certainly it’s almost always on my mind because Sharona Alperin, on whom the song is based, is my mother, which technically means that she’s my Sharona.

Whenever I hear the song, it takes me back to being six years old and the moment I realized I had to share my mom with the world. We were at the Santa Monica Pier’s Twilight Dance Series in 2005, and The Knack was headlining.

My elementary school friends, their parents and I held up signs that read “This is Sharona!” when the band played the song. The moment was ours as we sang and danced, and I watched strangers do the same. Little did I know just how exciting growing up as Sharona’s daughter would be.

My mom’s mostly typical life of a teenager in Los Angeles transformed practically overnight. As the girl with the piercing blue eyes pictured on the cover of the 1979 record, she was the muse of Knack singer Doug Fieger, and his good luck charm. The album “Get the Knack” sold 500,000 copies in 13 days and “My Sharona” hit no. 1 soon after, where it remained for six weeks.

Sharona Alperin, whom Fieger dated for nearly four years, grew up as the girl whose name people had never heard of until you couldn’t go anywhere without hearing it. With the song’s 40th anniversary this August — exactly double my age — I decided to sit down with my forever-20-year-old-spirited mom and ask her the story of “My Sharona.”

Mom, when did you feel it was the right time to tell me about the song?
I honestly do not remember if there was ever a right time. It’s been in your life since birth, and as soon as you could understand it, you’ve known about it.

What are some of your favorite memories of the song?
The song is indelible, and all my memories are exciting. I think the wildest memory continues to be driving back to work, and thinking to myself, “Did I really just hear a band perform a song with my name in it?! Is this for real?” It’s a feeling I’ll never forget because I can’t even describe it.

Since you were just about my age when you were on tour with the band – what were some of your goals at age 20?
When Doug met me, I was working at a clothing store, I was about 17. I was so in love with fashion and wanted to work in fashion. My mantra was “Fashion is my Passion.” But once I met Doug, I practically became frozen in time, and basically lived in and out of a suitcase both in LA and while touring the world. I was really just going with the flow of life. I don’t think I was too goal oriented the way you are today at age 20.

Were you focused on going to college?
I was not part of the group that was fixated on college. I don’t even believe I studied for the SATs, I don’t remember going through any of the college preparation process that you went through. I don’t think anyone was obsessed with college in my circle at least, but I might have not been a part of that scene at Fairfax High School. I ended up taking classes at what is now Santa Monica College and the Fashion Institute of Technology in L.A.

What was your scene in high school?
There were many different scenes in high school. I would say I was super friendly with everyone. However, I had a really great group of friends that I surrounded myself with. My BFFs as you call them today!

What was L.A. like at the time?
It was my city, and still is. I’ve now been a real estate agent for 30 years so I’ve definitely seen it change. But, as a young person in the city we used to have a lot of fun clubs to go to like the Starwood, Troubadour, The Whiskey, Club Lingerie, a number of clubs in the Valley, and more. L.A. was super fun.

How’d you get in to all these places? You weren’t 21 yet!
I have no idea if we had Fake ID’s, but all of the places we hung out at were music clubs. I had to go, I had to be there, regardless of my age.

How did you tell Grandma and Grandpa that there was a song about you?
Well, they knew I had friends who were in a band. They were so open-minded and amazing. They encouraged it as they went with the flow of life and wanted my friends and I to turn our dreams into realities. And, if it began with a song, then by all means. To this day, they are so accepting and supportive. You practically spend every moment with them, and the feelings they bring you today, are the same feelings they continue to bring me since I was a kid.

How many followers do you think “My Sharona” would have on Instagram today?
I seriously don’t know. I would think my profile would be a hit. But at the time, Nobody, few people, had been a teenager with a song written about them. My story is so unusual.

Was there ever a time when you hated your name?
When I was younger, I remember hating it because no one could pronounce it. Once the song came out, I remember feeling so excited. Now, when people hear or see my name they either start singing “m-m-m-my Sharona” or turn their tongue and lips into a drum.

How fast did the song take off?
The first time I heard it, they were just showcasing it. According to Doug, it took them less than 15 minutes to write the song. And then before you knew it, three nights a week, three shows at times – the song was a hit. They played with so many different stars. The song blew up. 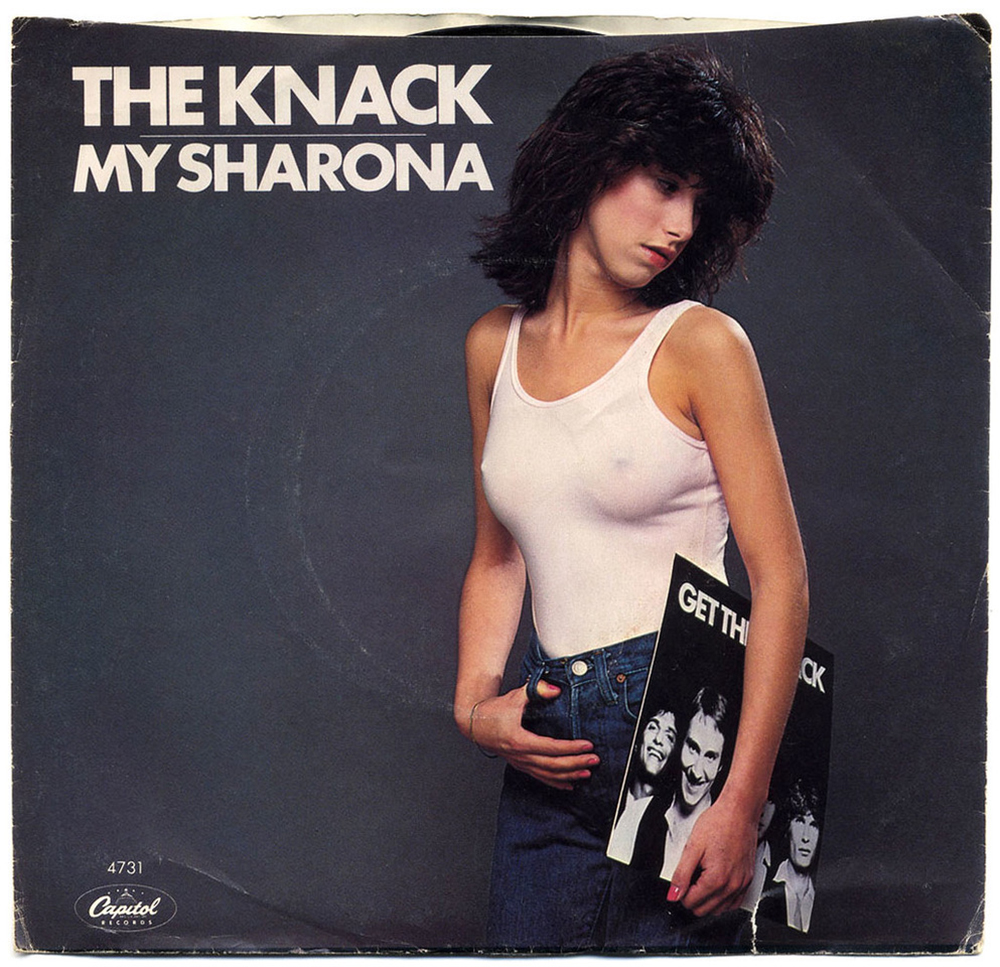 Okay, my burning question: Who dressed you for the cover?
Me! I was wild.

Did you have any concerns about the song?
I remember being concerned about my friends feeling left out. It was such a weird thing to happen to someone and I didn’t want my friends to feel like they were isolated from the experience. But, if anything at times I felt more isolated. My closest friends and I became the Knackettes — The Knack’s girl group. I grew up fast.

What surprised you most while on tour with the band?
I didn’t expect the frenzy, the screaming fans that chased us everywhere. We all watched the way The Beatles craze took over the world, and it was almost identical to that, especially in Japan.

How do the lyrics like “I always get it up, for the touch of the younger kind” make you feel? Like, ahem, you made Doug’s “motor run.”
I don’t know how I ever felt. I was certainly caught up in the middle of it, it wasn’t as scandalous and salacious as it would be interpreted now. Now you can’t really say those things, but then he was basically saying he got hot for younger girls — specifically me.