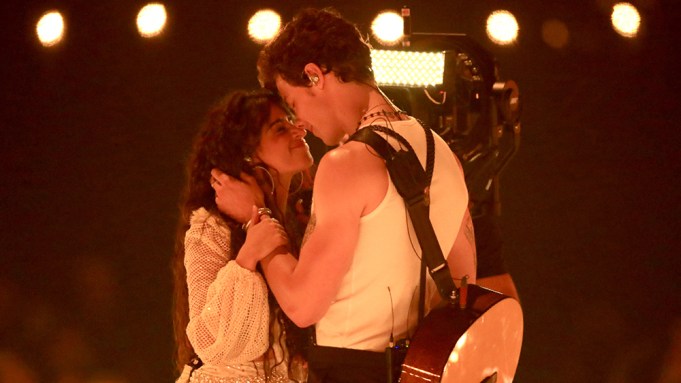 New Jersey saw its first MTV Video Music Awards this year, and the state repped hard with the cast of “The Sopranos” taking the stage and The Jonas Brothers performing off-site at legendary Asbury Park venue The Stone Pony. Fans celebrated the legacy of Missy Elliott as she was awarded with this year’s Video Vanguard Award, late-addition Miley Cyrus performed her single “Slide Away” and Lizzo brought down the house with renditions of “Truth Hurts” and “Good as Hell” in front of a giant inflatable derriere. But there’s much more that happened behind-the-scenes and far out of cameras’ reach at Newark’s Prudential Center on Aug. 26.

Light-up bracelets and locked up phones: Attendees were met with plastic light-up bracelets when they got to their seats. During performances such as Cabello and Mendes’ “Señorita,” the bracelets illuminated to bathe the stadium in color. Those in the pit for the show were out of luck when it came to taking photos. Security at the event provided pouches that locked up cell phones for participants.

Miley’s new arm candy: Heads turned as Miley Cyrus and blogger Kaitlynn Carter were seen holding hands backstage after the singer rehearsed her new song “Slide Away,” a ballad that is presumably about her recent split with husband Liam Hemsworth. The pair were joined at the VMAs by Cyrus’ mother, Tish, and of course dad Billy Ray Cyrus was also in the house.

Taylor and Camila get alone time: Camila Cabello entered Swift’s dressing room at 4:00pm, having changed from her stage outfit to overalls. While the door was kept firmly shut, it was hard to miss the delivery of smoothies and take-out food that came to the door.

Hadid sisters steal the show: Supermodel sisters Bella and Gigi Hadid joined at the awards show to introduce flamenco-pop singer Rosalía. As Marc Jacobs accepted the first ever “Fashion Trail Blazer” award, Gigi stood up and thrust herself over the barricade, screaming “I love you” to the fashion guru.

Backstage feasting and mingling: At the Platinum Lounge backstage, stars like Lil Nas X, Diplo and Bebe Rexha stopped to hang out and watch the show. Hayley Kiyoko munched on some small bites, proclaiming “these chicken tenders are amazing” before she was whisked away to her seat. Rexha entered looking for some libation, later fangirling and talking to Taylor Swift during a commercial break (the two would later hang out at an afterparty hosted by Republic Records for Swift, before Rexha swiftly jetted to her bed in anticipation of an early morning flight).

Execs make the scene: Among the label heads making the scene in Newark were Def Jam’s Paul Rosenberg, UTA’s David Zedeck and Columbia Records’ Ron Perry, all spotted backstage. Later at the Lil Nas X afterparty held at Up and Down, scores of Sony staffers converged for a plaque presentation to the breakout rapper. Further uptown at the Fleur Room, Republic Records’ Monte (pictured below) and Avery Lipman played host to Swift, Hailee Steinfeld, the Jonas Brothers and models Winnie Harlow and Gigi Hadid.

Lance A Lot: Lance Bass was the first to arrive on the red carpet. Dressed in a pink suit and blue dyed hair — plus a shirt that read “Tearin’ Up My Heart,” paying homage to ‘Nsync, who performed the song 20 years ago at the VMAs — Bass was friendly, chatting with reporters before the carpet became jam-packed.

Shawmila teases a smooch: Before rehearsing their sultry VMA duet “Señorita,” Camila Cabello and Shawn Mendes walked down the hallway with a giant double posse. An observer said it’s like “the parting of the red sea.” Even though the two were seen snuggling and caressing during their performance, nobody caught an actual smooch. Still, during their live performance, Taylor Swift swooned, putting a hand to her heart.

Missy needs more time: During Elliott’s performance in which she brought back hits such as “Work It,” “Get Ur Freak On,” and “Pass That Dutch,” Swift, the Hadid sisters, and Bebe Rexha were all seen dancing and singing along. When the hip-hop artist wrapped her Vanguard award speech, she notably thanked the dance community and her dancers ran up and surrounded her on the stage jumping up and down. As they went to exit the stage, Elliott approached the mic to add one more thing, but was already cut off.

Sansa Stark meets Lizzo: The Jonas Brothers showed up to the VMAs late in the show, and Joe had his “Game of Thrones” wife Sophie Turner on his arm. One fan yelled from the crowd “Oh my god, Sansa Stark is right there.” Turner later approached Lizzo and asked her hubby to take a photo. The two later took some selfies to commemorate the meeting.

Fuggedaboutit! Vincent Pastore (who played Big Pussy Bonpensiero on “The Sopranos”) was seen loading up on prosciutto, later bro-ing down with the Jonas Brothers on the way out of the venue. Drea De Matteo (who played Adriana La Cerva) posed with her kids and a giant MTV moonman.