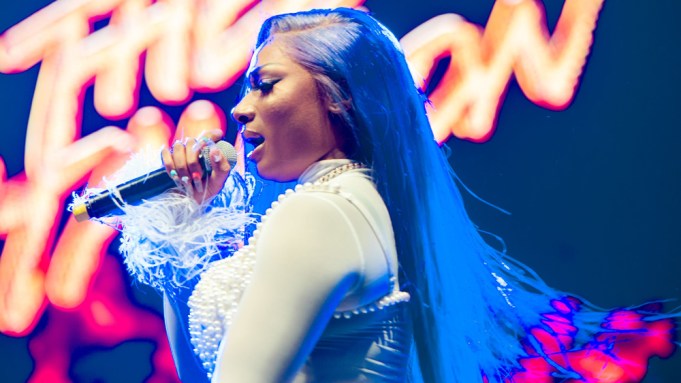 Hip-hop’s It Girl of the summer, Megan Thee Stallion, has exclusively told Variety that she’s collaborating with Kehlani and a few other famous ladies on her next album.

The rapper, who dropped a video for her song of the season “Hot Girl Summer” earlier this month, was asked by Variety on the red carpet at Rihanna’s annual Diamond Ball last Thursday in New York City if she has had many incoming calls from artists wanting to collaborate.

Like who? At first, she kept mum, but when asked a follow-up question, she replied, “Yeah, I’m working on a new project and I have a lot of ladies on there, so just be on the lookout.”

Asked to reveal any of the ladies’ names, she first declined, but then broke the news: “I can let this cat of the bag. Me and Kehlani have music together, and I love her.”

The pair have become BFFs in recent months, posting Instagram videos of each other and even joking around that they’re dating, so a musical team-up seemed inevitable.

Further details were not available at the time of this article’s publication; reps for Megan and Kehlani declined Variety‘s requests for comment.

Megan also said that her dream is to team up with Rihanna and Beyonce. She came close on Thursday night at the Diamond Ball — Rihanna briefly joined Pharrell onstage for their song “Lemon” during his set, and Megan joined DJ Khaled maybe an hour later during his set — but an epic Rih-Stallion collab will have to wait.