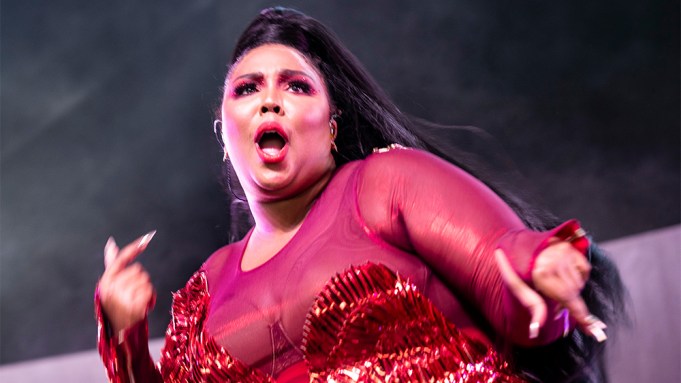 Lizzo fans may have a bone to pick with Coachella. After being plauged by sound issues in her weekend one set, Lizzo completed a near flawless performance at the Mojave tent on Sunday, save for her closing track, “Juice.”

After a successful start to the song, accompanied by her Big Girls dancers, the backing track appeared to jump ahead, skipping the bridge and going straight to the chorus and subsequently throwing off the dancers and the musician. She and her DJ at first attempted to catch up and salvage the song before Lizzo said, with a clear note of justified frustration, to “cut it off.”

From there, the audience took over as a backing track of sorts, singing the interjections as Lizzo and her DJ performed the song a cappella. The tent didn’t seem to mind the loss of the backing track — if anything, it made the audience in further awe of Lizzo’s determination and resilience.

“This is for anyone who ever doubted us and f—ed up our sound,” she said, before ripping into a flute solo to audience whoops and applause.

Before the unintended jump — and, really, even after — Lizzo’s return to Coachella was triumphant. The horrific errors of weekend one had gone unmentioned as she burned it up on track after track, including fan favorites “Good as Hell” and “Water Me.” Lizzo even inserted some brief covers, including the chorus from Aretha Franklin’s “Respect” and TLC’s “No Scrubs.” The latter led into her rendition of “Jerome,” a new track of her no. 1 debut album, “Cuz I Love You,” featuring sweeping soul melodies that Lizzo’s voiced soared through.

For “Tempo,” her collab with Missy Elliott — the rapper’s verse was left off as she wasn’t in attendance — Lizzo brought out dancers who she’d auditoned personally after explaining that when she had first begun her search for dancers, she’d only been presented with smaller girls. When she asked her choreographer why that was, she was told that those were the dancers who had representation.

She cited herself is an example of a big woman who can give her all for 45-minutes-plus and scoffed at the idea that big dancers and performers in general aren’t as capable, resulting in her intentional recruitment of larger dancers.