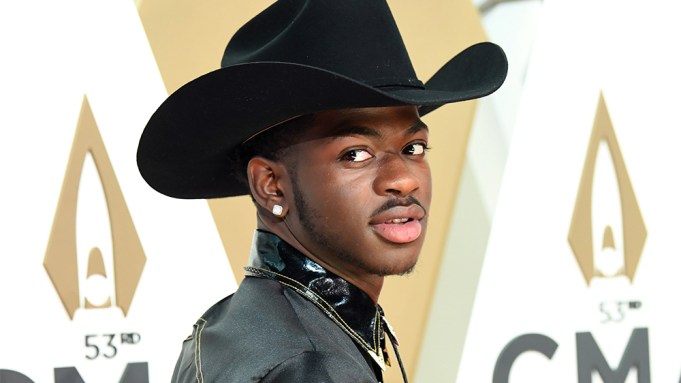 While Lil Nas X pulled in an impressive haul, Lizzo, another first-time Grammy contender, was this year’s most-nominated artist. She landed eight nods for her album “Truth Hurts.”

“This has been an incredible year for music and I’m just so thankful to even be part of it,” she tweeted, adding, “We are all winners.”

THIS HAS BEEN AN INCREDIBLE YEAR FOR MUSIC AND IM JUST SO THANKFUL TO EVEN BE PART OF IT https://t.co/5YT4Axx221

WE ARE ALL WINNERS https://t.co/sfc4aARZ5D

Ariana Grande summed up excitement for her five nominations, including album and record of the year, saying “oh wow oh wow.” She later tweeted, “crying. moved and honored.”

The Jonas Brothers landed their first nod in a decade for their song “Sucker.” Joe Jonas shared a video of the boy band cheering for their best pop duo/ group performance nomination, while Nick Jonas tweeted “We’re Grammy nominated!!!!!”

Kevin Jonas also chimed in, writing, “Thank you everyone for making this year possible!! From no music a year ago to #grammy nomination today! Incredible!!!!”

10 years later we are nominated again for a Grammy 🥳 thank you! pic.twitter.com/LE7gsEiLZ0

Thank you everyone for making this year possible!! From no music a year ago to @RecordingAcad #grammy nomination today! Incredible!!!! pic.twitter.com/Gn7QFVVe2B

Meanwhile, Lewis Capaldi shared a video fist-pumping in celebration. He was recognized for song of the year for “Someone You Loved.”

America’s Sweetheart @LewisCapaldi is nominated at the 2020 #GRAMMYs for Song of the Year! Congrats!! 🙌 pic.twitter.com/rmHvM1ByOL

#OTR is nominated for Record of the Year, Best Pop Duo/Group Performance and Best Music Video. Thank you @RecordingAcad @LilNasX @YoungKio_ @Dopebyaccident @bolooki and everyone involved in making this record happen. And especially to all of YOU! #GRAMMYs 📸:@stevenjbradley pic.twitter.com/cRTW55RoSF

I’m completely shocked to be nominated for a Grammy!! This is nuts. Thanks to everyone who worked on Center Point Road with me! I’m so proud of this record and all the hard work that went into it. Thank you Lord! #GRAMMYs @RecordingAcad pic.twitter.com/v9J6q8dIpx

So very thankful today to the @recordingacad & my peers for the nominations. #ItAllComesOutInTheWash for Best Country Song & #InterstateGospel w/ my sisters @pistolannies for country album. Nearly a decade of friendship and songs. 💗 2 noms for 6 women who write their stories. pic.twitter.com/JSI8sSbwlg

Overwhelmed with gratitude that “The Daughters” would be recognized in such a prestigious way. Can’t tell you what this means to us! #GRAMMYs pic.twitter.com/dRH2nM0gGF

“It’s fantastic news for me because it shows the love that the #US audience has had for me for over 20 years. This is also an opportunity for me to thank everyone who has believed in me since day 1."@RecordingAcad #GRAMMYs

Woke up to 4 Grammy nominations. Thank you God.

Such a blessing and honor to wake up this morning and see we’re nominated for a GRAMMY!!! BIG LOVE!!!! ❤️🙏❤️🙏❤️🙏❤️🙏❤️@RecordingAcad #GRAMMYs2020 #GrammyNominations #GRAMMYs https://t.co/m83sHcxOQB

Thanks to the @RecordingAcad for such great news to wake up to this morning! #StrongerThanTheTruth was nominated for #GRAMMYs Country Album of the Year. Thank you to everyone involved in the making of this album!!! pic.twitter.com/dhXCjBCFpw

Oiiiiii thankyou for the Grammy nomination. This means a lot!
🍾#assumeform

Love all of you ❤️