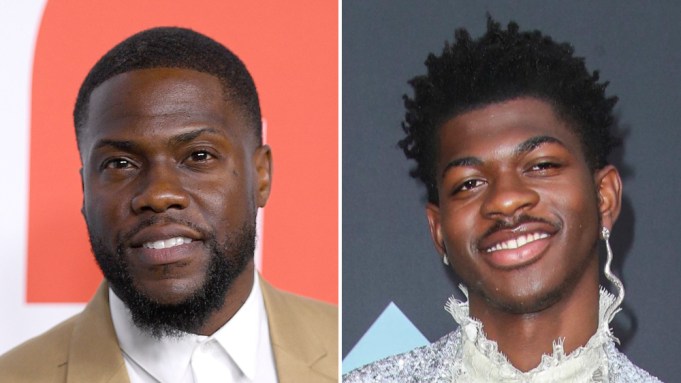 Kevin Hart is under fire once again after the comedian interrupted Lil Nas X while the “Old Town Road” rapper explained his recent decision to come out as gay.

On Tuesday’s episode of HBO’s “The Shop: Uninterrupted,” Lil Nas X was asked about coming out as gay amid the success of his hit, which recently broke the record for longest run atop the Billboard Hot 100. “And with all that early success, you felt it was important to make an announcement recently?” asked marketing executive and moderator Paul Rivera.

Before Lil Nas X had a chance to answer, Hart butted in: “He said he was gay, so what?”

After Hart’s interjection, the 20-year-old rapper said that he grew up being encouraged to “hate that s–t,” referring to homosexuality. Hart cut in again: “Hate what? Why?”

“Come on now. If you really from the hood, you know,” Lil Nas X responded.

He went on to answer Rivera’s initial question, saying that if he had come out so publicly at “any other time,” it would be “for attention, in my eyes.” But since he’s “at the top,” it’s “for real.”

He continued, “It’s showing, like, it doesn’t really matter.”

Following the release of the clip online, a flurry of viewers called out Hart’s behavior on Twitter.

“Kevin Hart knows exactly what the ‘so what’ is here and why a young black boy would closet his sexuality until he believed it was safe,” wrote The Daily Beast’s Goldie Taylor. “Why not simply listen, give Lil Nas X the space and deference to tell his own story…”

“Kevin Hart’s rage and bitterness about anything to do with gay people is so jarring,” tweeted Vox’s Jenee Desmond-Harris. “Lil Nas X seems so stable and healthy and Kevin seems so….not okay.”

Hart stepped down for hosting the Oscars in December of last year after old homophobic tweets resurfaced, including one in which he stated that if he ever found his son playing with a dollhouse he would break it over his head and say, “Stop, that’s gay.” In his 2010 comedy special “Seriously Funny,” Hart also said having a gay son was his “biggest fear.”

lil nas x showed admirable resolve there — that he shouldn’t have had to, it should be said — but what i really liked was how he took the steam out of kevin hart with that “if you were really from the hood, you would know.”

Kevin Hart's rage and bitterness about anything to do with gay people is so jarring.
Lil Nas X seems so stable and healthy and Kevin seems so … not okay. https://t.co/ag7aDo1zg0