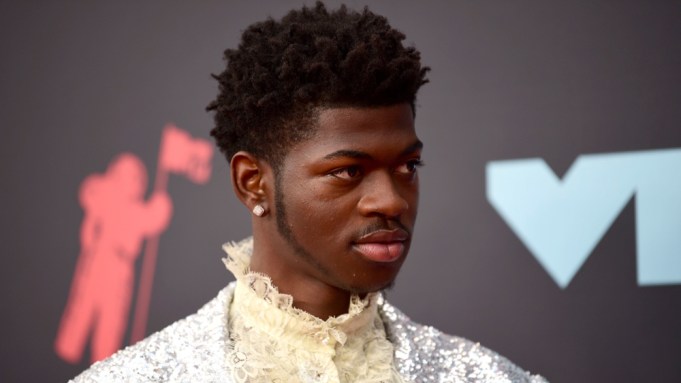 Lil Nas X, who rose from obscurity to global stardom in weeks thanks to his genre-smashing hit “Old Town Road,” spoke with Gayle King in an episode of “CBS This Morning” that will air Tuesday. In a preview circulated today, the rapper talked about his decision to come out as a gay man earlier this year.

The rapper, now 20, said that he “knew” he was gay during his teenage years but struggled with his sexuality, and feels that his story will  help others who feel the same way.

“I think it’s gonna always help,” he said of using his celebrity status to share his story. “We still have a long way to go, because it’s not like everybody is messing with me now. Of course, somebody who’s listening to me in school right now, it’s like [people are saying to them], ‘You’re gay because you’re listening to him.’ There’s still a lot to be done, of course. But I do believe it’s helping.”

In the clip, the rapper said that as a teen he had prayed that his homosexuality was just “a phase,” and talked about how his fame helped him feel stronger about coming out than it would for someone with less support.

“Me being in this position, it’s easy for me,” he said. “But some little boy 10 miles from here, it’s not gonna be good for him.”

Lil Nas X used Twitter to come out, albeit initially somewhat cryptically, earlier this year with the release of the music video for his hit single “C7osure.” He said in a tweet “Some of y’all already know, some of y’all don’t care, some of y’all not gone fwm no more. but before this month ends i want y’all to listen closely to c7osure.”

In a later tweet, he posted screen shots from the video, which featured a beam of light shining on a rainbow flag. The tweet read “Deadass thought I made it obvious.”

deadass thought i made it obvious pic.twitter.com/HFCbVqBkLM