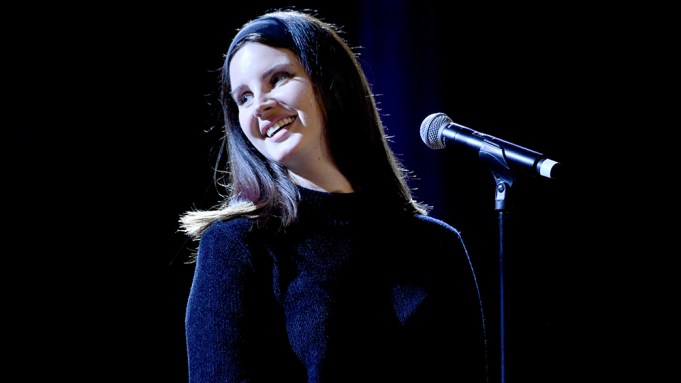 The last time fans saw a short film from Grammy-nominated songwriter Lana Del Rey was in 2013 with “Tropico,” a nearly half-hour-long saga featuring songs from her 2012 album “Paradise.” Today, we got another one, a 15-minute ode to her critically-acclaimed “Norman F—ing Rockwell.”

In “Tropico,” the singer played biblical Eve alongside model Shaun Ross as Adam for her song “Body Electric.” She praised John Wayne, Elvis, and Marilyn Monroe in a white veil, donned a stomach tattoo and pole-danced for “Gods & Monsters,” and ended in a field of golden rolling hills for “Bel Air.” This time around, she takes a more stripped down approach.

At the start of the short, released Friday, Del Rey is at the piano, playing the first verse of the Grammy-nominated title track in a denim outfit. She then gets up, puts on some round sunglasses and waltzes outside. In the yard, her sunglasses are seemingly rose-colored, surrealistically featuring shots in the shades’ frames of sailboats, flamingoes, a couple kissing on the beach, and other dreamy sequences. She hops on a hammock and sits by a fountain with floating blue music notes behind her.

Onwards to “Bartender,” the songwriter starts sitting in the crevice of a stone wall with three sidekicks dressed in black over the lyric “All the ladies of the canyon/ Wearing black to the house parties.” They then sit together, “meditating” on a white blanket. The video turns to Del Rey in a parking lot with her backup dancers Ashley Rodriguez and Alexandria Kaye, throwing drinks from the back of the truck at a police car. The three giggle over the song’s track as they taunt the officers.

For the last number, Del Rey, Rodriguez and Kaye are together again for “Happiness is a Butterfly,” holding butterflies and performing slight choreographed motions in the back of a truck.

The short is directed by Del Rey’s sister and frequent collaborator, Chuck Grant.

“Norman F—ing Rockwell” is up for two Grammys — Album of the Year and the title track for Song of the Year. The singer has been on tour behind the album since September and will finish on June 9.

Del Rey announced on Instagram that she will release a spoken word album on Jan 4.

Watch the video for “Norman F—ing Rockwell” below.